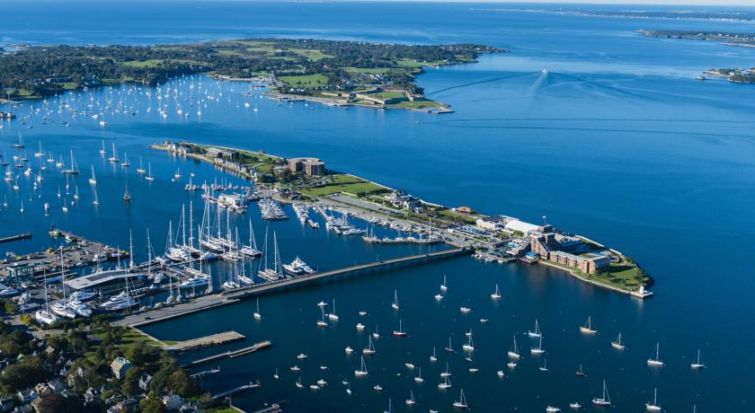 The joint venture acquired the asset for $92 million, according to a source familiar with the transaction.

Bank of the Ozarks provided the 5-year debt to the sponsor.

Gurney’s Newport Resort and Marina is a 227,300-square-foot, 237-key hotel located on 9.5 acres of land. The hotel previously operated under the Hyatt Regency brand but is now being rebranded as Gurney’s, as it is now owned by the same owner of Gurney’s Montauk Resort & Seawater Spa. The Newport complex includes 27,000 square feet of indoor event space, a spa, indoor and outdoor swimming pools and a fitness center. The hotel will remain open during renovation.

Nolan Hecht, a managing director of investments at Square Mile told COF that numerous aspects of the project were attractive to the company. “It’s a cash-flowing asset in a supply-constrained market. The real estate is really special—90 percent of the rooms have waterfront views. We’re excited about bringing energy to the asset and re-concepting the food and beverage side of the property,” he said.

“This is a tremendous hotel and spa located in one of the most prestigious and affluent summer vacation resort areas in the world,” Hakim said in prepared remarks. “The new owners also operate the spectacular Gurney’s Montauk Resort & Seawater Space, which has helped stimulate the tremendous growth in demand that Montauk has seen in the last few years, and they will bring the same level of excellence to the Newport location.”

“This hotel offers guests the best of both worlds as it’s located on Goat Island with 360 degree water views but only a 10 minute walk to downtown Newport,” said Max Herzog, Managing Director with JLL Capital Markets. “The Sponsor’s business plan to bring the boutique-style feel of the Gurneys brand to Newport in combination with the incredible location of the hotel attracted numerous notable lenders, who wanted to take advantage of the rare opportunity to invest in a waterfront property in an upscale resort town.”

The resort is one of only five hotels in Newport and located on Goat Island, which is surrounded by Narrangansett Bay and Newport Harbor.

Officials at Metrovest and BLDG could not be reached and Bank of the Ozarks declined to comment.