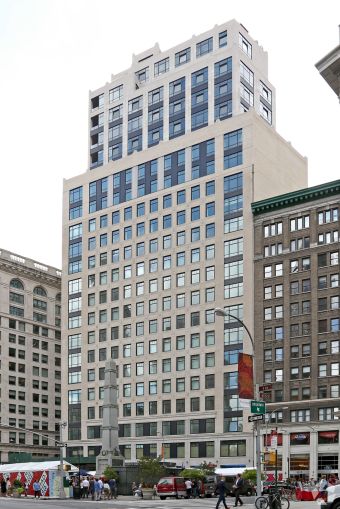 The 20,619-square-foot condo, which is 100 percent leased and is located on Broadway between West 24th and West 25th Streets, traded for $97.5 million, a source with knowledge of the deal told CO. TH Real Estate was drawn to the investment because of the site’s location, according to TH Real Estate’s Todd Rollins.

“The Flatiron District is one of the most desirable live, work, play areas in Manhattan and is situated in a convenient location on the west side of Madison Square Park,” Rollins said in a statement. “Given its excellent visibility and strong national tenancy, we believe the asset will provide long-term stable income and an excellent return profile and will make a great addition to our urban retail portfolio in New York City.”

Savanna purchased the retail condo from the residential building’s developers, Witkoff and Morgan Stanley Real Estate Investing, for $60 million in 2014 a year prior to completion, as CO reported at the time.

Savanna recently leased 16,000 square feet of the space, including a 4,000-square-foot basement, to PetSmart. And the remaining space, roughly 4,000 square feet, has been leased to another tenant. A spokeswoman for Savanna declined to identify the other tenant it signed on to the property.

“We set out to create an institutional quality, stabilized flagship retail space in this world-class location,” Savanna’s Cooper Kramer said in a statement. “And the Savanna team achieved a terrific outcome for our investors.”

“There has been continued retail strength in the vibrant Madison Square Park [and] Flatiron submarket, which has become a 24/7 live, work, play neighborhood,” Doneger said in prepared remarks.