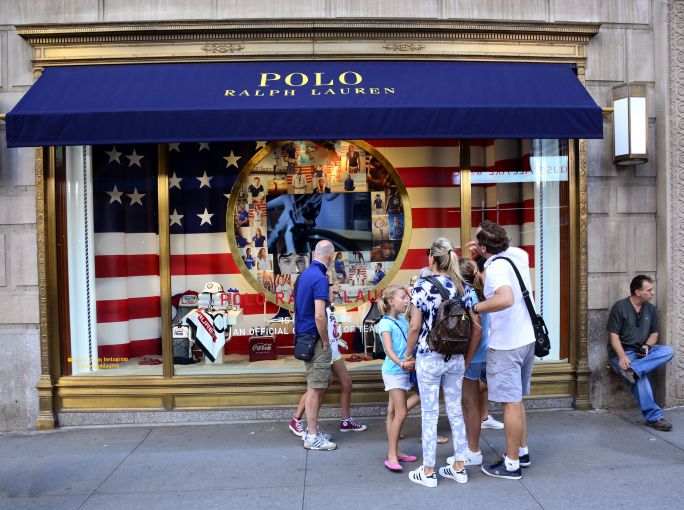 Ralph Lauren Corporation has said it will close its 36,000-square-foot Polo flagship clothing store at 711 Fifth Avenue between East 55th and East 56th Streets on April 15, but its Polo Bar Restaurant at the location will remain open.

“We continue to review our store footprint in each market to ensure we have the right distribution and customer experience in place,” Jane Nielsen, Ralph Lauren’s chief financial officer, said in a news release. “The decision will optimize our store portfolio in the New York area and allow us to focus on opportunities to pilot new and innovative customer experiences. The Polo brand remains strong, and we expect it to further strengthen as we continue to evolve the Polo product and marketing.”

Retailers have been buckling under the pressure of online sales, less dollars being spent on apparel and accessories and high rents among other issues. Bebe, a 1990s favorite for women’s fast fashion, is shuttering its ground-floor store at 1 West 34th Street between Fifth Avenue and Avenue of the Americas, as CO reported last week, which is part of a plan to close all of its 170 stores nationwide. Others making similar moves include Macy’s, Kenneth Cole, J.C. Penney, Sears and Kmart.

“Certainly retailers from luxury to aspirational and value are all experiencing what is most definitely a widespread consolidation,” broker John Brod of ABS Partners Real Estate said. “I think in retrospect it was or is easy for retailers like Polo to drink the Kool-Aid when things are going well. It’s apparent to me that retailers will look towards crafting future transactions with much more  elasticity and flexibility in the future. Polo closing on Fifth Avenue is indeed indicative of what’s happening to retail in general. If it’s happening to Polo in such an important location the issues are much more widespread and occurring than imagined. Unfortunately this will continue until retail is completely right-sized.”

The 711 Fifth Avenue flagship, a building owned by Coca-Cola, is home to men’s, women’s and children’s Polo collections as well as Ralph’s Coffee and Polo Bar Restaurant. (Ralph’s Coffee & Bar recently opened in a flagship store in London.) The inventory will be relocated to other stores in the city.

Ralph Lauren signed a 16-year lease for the space in what is known as the Coca-Cola Building in 2013, a deal that won CBRE‘s Richard Hodos the Real Estate Board of New York’s Ingenious Retail Deal of the Year Award. The store is 38,000 square feet, spanning several floors, and its rent is more than $20 million per year, as Commercial Observer previously reported. (Hodos declined to comment today.)

The Ralph Lauren news comes less than two months after the announcement that the company’s chief executive officer, Stefan Larsson, was leaving the company. Nielson is filling his shoes during the search for a replacement. Meanwhile, the company will be looking into “developing new store formats” and working on leveraging its Ralph’s Coffee.

Retail consultant Kate Newlin of Newlin Consulting weighed in via email: “The contraction in retail is starting to genuinely impact luxe, even the Ralph kind of mass luxe. Lauren is a ‘victim’ of its own lack of focus: How can you sell one version at $85 with 25 percent off, right now! of ‘Polo’ shirts at Macy’s, and another at $17.01 at Amazon and expect people to come to your own store, which is designed simply as ‘an ad you can walk into.’ You can have the polo player on your shirt for any price, anywhere, in any size. The lack of brand discipline kills the fashion mark: The cachet is trivialized and margin eroded in pursuit of mass sales at other declining retailers.”

JLL’s William M. Korchak, David M. Kleiner and Henry Warner handle leasing at the building. None of them immediately responded to a request for comment, and nor did representatives for Ralph Lauren.