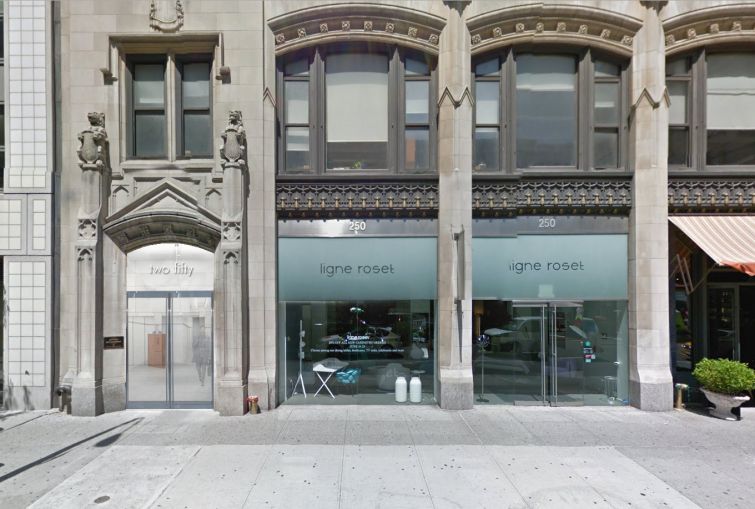 Pentagram Design, whose clients include Mastercard, Verizon Communications and Windows, has signed a 23,906-square-foot deal to relocate its offices to 250 Park Avenue South three months after selling its headquarters, Commercial Observer has learned.

The design consulting firm will occupy the top two floors of Feil Organization’s 12-story office building between East 19th and East 20th Streets. Pentagram Design will have private access to the 3,500-square-foot private roof deck. The asking rent in the transaction was $79 per square foot, according to a spokeswoman for the landlord. The length of the deal was not immediately clear.

“We transformed the entire building with the renovation of the lobby, front entrance, and elevators,” said Robert Fisher, director of commercial leasing at Feil Organization, who handled the deal for the landlord in-house. “[Feil Organization’s] flexibility in permitting Pentagram to have their own exterior signage was a key factor in securing the deal.”

Pentagram Design is relocating from its current address at 204 Fifth Avenue between West 25th and West 26th Streets at the end of the year. The company sold that 14,000-square-foot building to Artemis Partners on Jan. 11 for $29.5 million, according to city records.

Pentagram Design “is extremely creative, and wanted to be in a building with good ownership,” Waterman said via email. “[It] is getting the right to the entire roof, and the floors have abundant light and air.”

As a result of the Pentagram Design lease, the 134,330-square-foot pre-war building at 250 Park Avenue South is 100 percent leased. Recently, financial technology company Dash Financial inked a 12,003-square-foot deal for the entire ninth floor of the building, and will be moving from its current location at 5 East 16th Street between Fifth Avenue and Union Square West. The asking price in that deal was $68 per square foot.