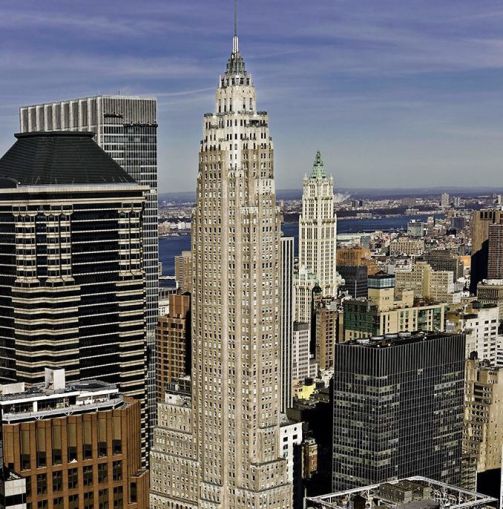 The investment arm of Brookfield Asset Management has arranged a $375 million financing package for 70 Pine Street, the office-to-residential/hotel conversion in Manhattan’s Financial District, in a complex transaction, Commercial Observer has learned.

The entity, Brookfield Real Estate Financial Partners, was the “lead in the syndicate, with a caveat,” explained Matthew Scoville with law firm Hunton & Williams, which advised the landlord on the transaction. “They structured it as a senior loan and a subordinate mezzanine loan, and then [Brookfield] took the mezz,” he said. A source with knowledge of the transaction said that Brookfield may syndicate out the senior mortgage, though that transaction has not yet closed.

Scoville declined to name the banks set to participate in the senior mortgage, but a source close to the deal who asked not to be identified said they were Bank of China and ING. Calls to Brookfield and Bank of China were not immediately returned. ING declined to comment on the transaction.

While Scoville declined to specify how much of the floating-rate loan was in the mezz portion, one source indicated that the senior portion was more than the original construction loan, making it over $300 million.

Eastbridge Group, a subsidiary of a major Belgian insurer, is behind 70 Pine’s majority owner DTH Capital. Rose Associates is the developer and minority owner in the building.

The owners embarked on a $600 million conversion of the Art Deco tower in 2013, after securing the $300 million in construction funds from undisclosed lenders, as Globe Street reported at the time. The New York Post says the project had $50 million in cost overruns by the time it opened, earlier this year. This loan package is presumably a take-out for construction-related costs.

Russell Schildkraut of Ackman-Ziff was the broker on the deal. “It was a great outcome for all parties involved,” he told CO via email. “Both the lending group and the sponsor group were pleased with the process and the outcome.”

The tower, which dates to 1932, has more than 600 multifamily units and two floors of hotel space, as well as retail.

Update: This story has been edited to reflect the fact that the senior loan has not yet closed.