Brexit Negotiations Have Begun but the Sky Is No Longer Falling 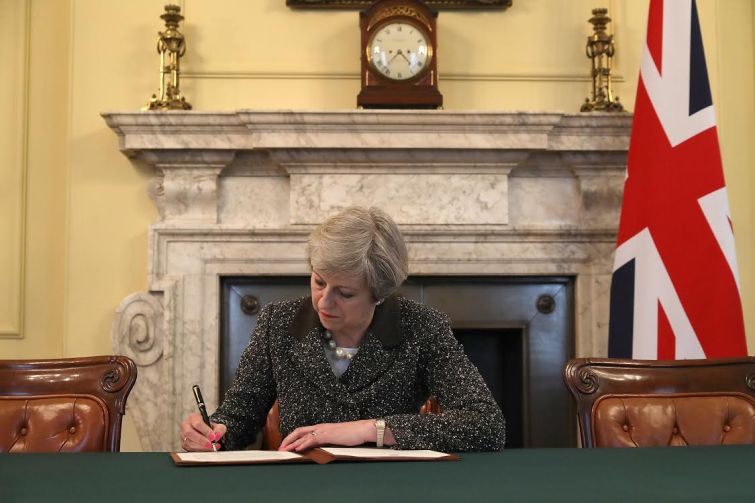 British Prime Minister Theresa May officially kick-started the U.K.’s exit from the EU on March 29 by triggering Article 50 of the Lisbon Treaty.

The letter formally sealed the U.K.’s decision—or 52 percent of its voters’ decision, rather—to cede its EU membership. Two years of negotiations, at maximum, will now ensue to iron out the details of the contested divorce.

When the referendum took place last June, a “Chicken Little” feeling that the sky was falling was the knee-jerk reaction from market participants on both sides of the Atlantic. Sources that Commercial Observer spoke with at the time of the vote questioned whether the separation would enhance New York’s position as a “safe haven” for real estate investment or, conversely, entice opportunistic money toward London properties.

Now that the dust has settled, nine months later, the feeling appears to be more relaxed regarding whether London or New York will eventually come out on top.

“London is second only to New York in my opinion,” said Robert Lawrence, an executive managing director at The Singer & Bassuk Organization. “London is absolutely the capital of Europe. That’s not going to change. I don’t think you’re going to see people pulling out of London investments or real estate prices crashing because of Brexit. If anything, my guess is there will actually be neutral to positive effects.”

Lawrence continued to say that while he does foresee an influx of foreign investment into New York following the split, it likely won’t be a consequence of there being less investment in U.K. real estate.  “I think that [Brexit] clearly destabilizes Europe, and it’s a major disadvantage to those countries.”

Gabriel Silverstein,SIOR and managing director at Angelic Real Estate Investors, agreed. “From an investment side, I don’t see New York or the U.S. seeing a tremendous shift in terms of new investment—regardless of what the end structure of the exit is or whatever the permanent U.K.-EU relationship ends up as,” he said.

Silverstein went on to say that even a hair-raising event like Brexit isn’t necessarily significant enough to change investor appetite. “Large-scale investment decision-making is like driving a big ocean liner. It isn’t a speed boat—you don’t just slam the thing 90 degrees to the left or the right because of one or two events, even if they are big events. Courses are plotted long in advance and that, to me, is going to continue.”

At the end of the day, in a time when expecting the unexpected has become the norm, it’s harder to spook market participants. “Brexit was, to me, not a surprise, and neither was Trump [winning the election] here,” Lawrence said.

Keep calm, and carry on.