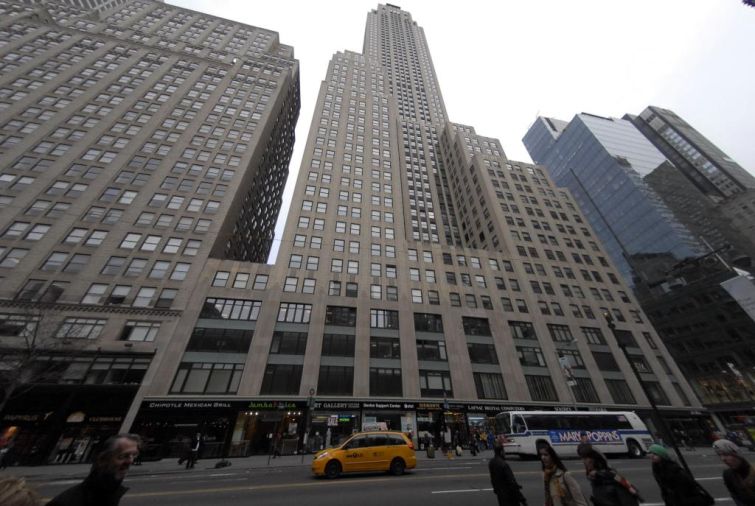 Publisher W. W. Norton & Company is expanding its footprint at 500 Fifth Avenue in Midtown by 17,000 square feet, bringing its total space at the 59-story office tower to 95,000 square feet.

W. W. Norton, which has occupied the 646,000-square-foot Bryant Park property for more than 40 years, agreed to renew its previous 78,000 square feet while also taking additional space. The company will now occupy the entire fifth through eighth floors and part of the ninth floor at the L&B Realty Advisors-owned building.

Asking rents at the office tower, which sits on the corner of Fifth Avenue and West 42nd Street, range from $68 to $90 per square foot, according to a Savills Studley release announcing the deal Wednesday. The length of the lease was not disclosed. The New York Post first reported news of the transaction.

The publisher plans to revamp its space at 500 Fifth Avenue via a three-phrase, floor-by-floor renovation over the next year-and-a-half, per the release. In a statement, Horowitz said W. W. Norton considered moving to Downtown Manhattan and the New Jersey waterfront before opting to stay at its longtime Midtown home.

“With the trend of many Midtown publishers moving to Lower Manhattan and other parts of the city, landlords more than ever appreciate the benefits of retaining existing tenants,” Horowitz said.