The Plan: Morris Adjmi Turns a Family Warehouse Into Offices

The fifth floor of the Warehouse. mgross170 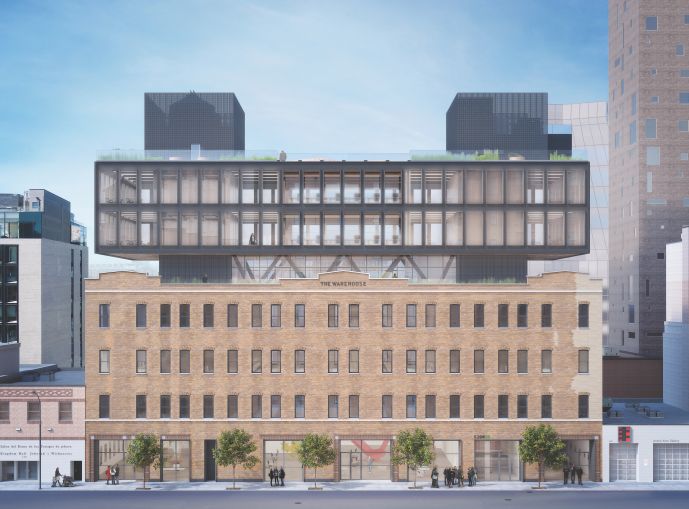 An exterior of The Warehouse. mgross170

The roof at The Warehouse. mgross170

A look at the high ceilings of the space. mgross170
Previous Next

James Haddad, the principal of Elijah Equities, remembers working every summer at 520 West 20th Street between 10th and 11th Avenues from ages 13 through 18.

Back then in the 1980s, the property owned by his family’s real estate company was being used as a warehouse for the Haddad family’s clothing company Carolina Manufacturing Co. In the warehouse he would move crates around in poor working conditions starting from about 7 a.m.

It was “tough work” he said, but he practically grew up there (while his friends were enjoying summer vacation) and so he couldn’t bring himself to sell or demolish the building which was erected in 1914.

“It was a dusty, musty place and I was moving cartons all over. It was hot and sweaty and there wasn’t air conditioning,” Haddad said. “This building just means a lot of to me. And not just me, my brother [Eli] also before me. So seeing the building torn down was not something we wanted to see. It is something we want to preserve.”

Elijah Equities has owned the building since the 1970s, when it was purchased specifically for use as a warehouse. Eventually though the warehousing operations were moved to New Jersey as rents rose in the area, and it made more sense to lease out the property. They’ve rented the building out for art storage in the past, and more recently as a parking garage, Haddad said. (Entrances are big enough for trucks and cars to fit through and the ground floor has 18-foot high ceilings).

Since they didn’t want to tear it down, or transform it to condos, the landlord decided four years ago to convert it into office space.

The expansion provides 18,000-square-feet of outdoor and rooftop space—a terrace on the fifth floor and the roof of the seventh. The original façade will be cleaned up and glass will replace the truck garage doors on the first floor of the building.  Another interesting feature of the design is the back of the building which will be brick with larger windows.

“We’re maintaining pretty much the face of the building, [and] cleaning it up a little bit,” Morris Adjmi, founder of the eponymous architecture firm, said. “It will have amazing views of the river and the High Line.”

The property should be completed in the first quarter of 2019 and is being marketed by a Newmark Grubb Knight Frank team of David Falk, Eric Cagner and Alex Leopold.

They are hoping to get a single tech, media, high-end fashion or similar “progressive” company to assume the entire building, Falk said. This isn’t so far fetched as some large tech companies nearby include Twitter, Google and Samsung. Space in the brick section of the building will be priced at $105 per square foot, while the glass box on top is $125 per square foot.

“It’s special,” Falk said. “The interesting thing about this building is its the best of the old and the new. It’s not all brand new construction. It’s the best of both worlds.”

While the building’s street address will be 520 West 20th Street, it will be rebranded as “The Warehouse.”

Why? Because: “That’s what we have always called it,” Haddad said.