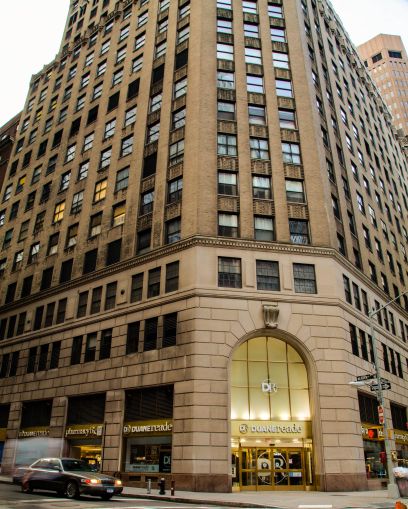 Nike Communications (no relation to the footwear company) has signed a 10,474-square-foot lease at JEMB Realty’s 75 Broad Street for a prebuilt space, Commercial Observer has learned.

The public relations firm, which provides marketing for companies with luxury goods and lifestyle products like Kit & Ace, Burberry and Lacoste, will take a portion of the eighth floor for seven years, according to information provided by the landlord. Nike Communications was located on a portion of the fifth floor in the 34-story, 650,000-square-foot office building between Beaver and South William Streets. It expects to move into its new digs on May 1.

“As our lease was coming due and I was contemplating how to prepare for our next phase of growth, JEMB took me upstairs to see the prebuilt spaces,” Nike Communications’ president, Nina Kaminer, said in a prepared statement. “I thought they had a very thoughtful approach to the design of the space, with an open layout, a beautiful kitchen and a lot of breakout rooms.”

The size of the new space is about the same, Kaminer said, but explained “because of how the new space is configured, we can fit 50 percent more people to allow for substantial growth, as well as create twice the amount of lounges, break out rooms, quiet nooks and common space, so that people can also work more communally and creatively.”

Nike Communications had no broker in the deal, while the landlord was represented by Newmark Grubb Knight Frank’s Hal Stein and Todd Stracci. The brokers did not respond to a request for comment via a spokesman.

“We are so honored and happy that Nike Communications, a dynamic and forward-thinking PR company, has chosen to take this prebuilt as its home,” Jacob Jerome, a principal of JEMB, said in a statement. “When we initially started the design we had this exact type of tenant in mind.”