MIPIM ‘17: Stephen Down on London’s Slowdown 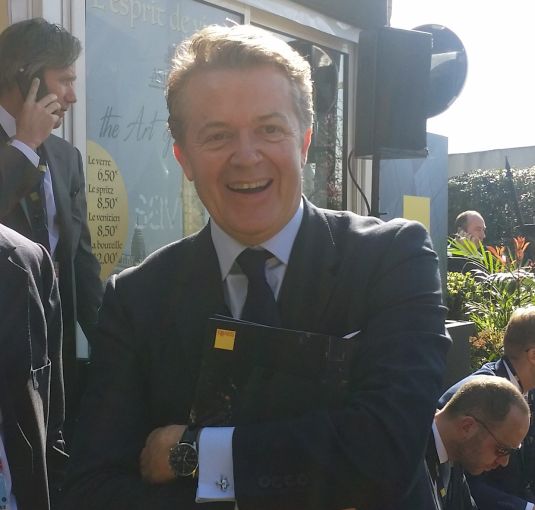 Following the Brexit decision last year, a lot of global investors got nervous about London, which was one of the traditional real estate powerhouses and considered (up until then anyway) one of the safer financial capitals of the world.

Nine months removed from the United Kingdom’s decision to depart from the European Union, investors are still anxious, according to Savills Studley’s Stephen Down, head of central London. That said, the market is still very strong and seeing investment from various foreigners. Last year, Savills handled over 2 billion pounds ($2.51 billion) of transactions in Central London, which was 25 percent of the market share. Down sat down (pun regrettable) with Commercial Observer to talk about Brexit, Savills and issues in the United Kingdom.

CO: How has the market in London been doing over the past decade?

Down: After we had Lehman Brothers [bankruptcy] and the GFC [ global financial crisis], the market in London, like every other financial center collapsed. Yields slipped, rents fell and tenants disappeared. Values fell post-GFC by about 20 to 30 percent.

Did that fall create an opportunity for places like China to buy more?

Where are we now in the cycle in London?

A cycle typically lasts in London five to seven years. So we are sort of at the final stages of what is a cycle. But, you know, the UK’s GDP has been at 2 percent for the last 30 years so London is a relatively stable center and it’s off of that that international capital comes into our marketplace. There is ten times more money coming into London than there is in New York.

What you see—whether it’s Chinese, Japanese, Russian, Middle Eastern, European or American—there is this stable flow of money. Whether its institutional flow of money, whether it’s private wealth or sovereign wealth, London gets a look at it all of the time.

But after the Brexit vote last year, it felt like many investors wanted to stay away from London because of the instability. How are investors thinking now?

Well [the United States] has had its own political adjustment, hasn’t it? The reality is, in a way [the US] has had uncertainty thrown into the mix.

If the world’s real estate operates on five gears, and we’ve had London in fifth gear until recently, Brexit put it into fourth gear. The car is still moving in fourth gear. In fourth gear you could do 70 to 80 miles per hour. In fifth gear you could do maybe a 100. Is the car still moving? Yes. Is it still a Porsche? Yes. But why is it going so slowly? Well, it’s because the driver is a little nervous now. Uncertainty is holding us back.

So whatever happens in London is going to be affected by the uncertainty in the decisions around Brexit. I can’t tell you whether it’s going to be a hard Brexit or a soft Brexit. No one really knows what that means. And we won’t know for 10 years.

How have investors been approaching deals?

How have things changed in London throughout your career?

When I started off 30 years ago as a fresh-faced 12 year old—actually a fresh-faced 22-year-old—my investor club, comprised mainly of UK funds and UK institutions. So it was a domestic market, lead by domestic decisions. Everyone had the same return on capital.

[Today] there is international capital. It’s like going to a party and suddenly replacing the beer with vodka. It’s just an entirely different gear in terms of investor appetite.

What are some problems now?

One of the fundamental problems of London is that the population has grown. When I felt university (about 30 years ago) it was 7 million. It is now 8.5 million. And by 2035 the cone heads are expecting it to grow to 11 or 12 million. That’s huge pressure on infrastructure and on housing. London is basically a little island surrounded by a green belt. We have a band of countryside that you are not allowed to develop into. So there is a lot of pressure into the urban area.

What’s the difference in office leasing in New York City and London?

Our lease structure is very institutional. One of the reasons that London is so attractive is because, I have a contract with you and you want to rent a building from me, you have to rent it for at least, if you are taking 10,000 square feet, a minimum of ten years. You can’t get out of it, you are on the hook. And every five years I can review it.

The landlord is king in the United Kingdom. Whereas in New York it depends on the relationships. You scratch my back, I’ll scratch yours.