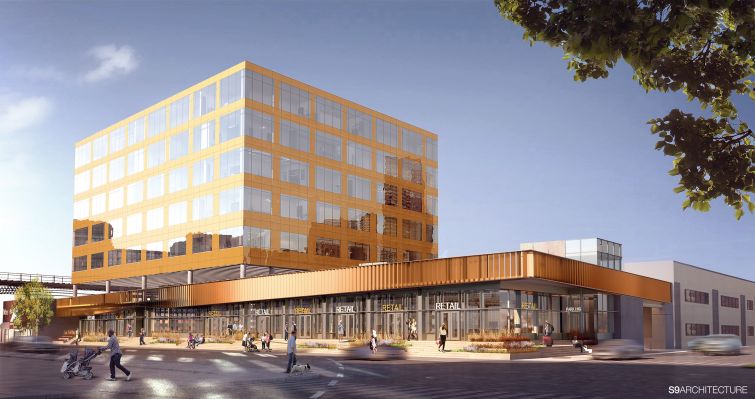 DII Stores has signed two leases at Cammeby’s International’s 626 Sheepshead Bay Road development in Coney Island, according to the landlord.

In the larger of the two leases, the discount department store, which sells male and female apparel as well as home products, will occupy 11,600 square feet as the retail anchor of the seven-story Brooklyn office and retail building under construction near the intersection of West 8th Street.

The company currently operates a shop at nearby 530 Neptune Avenue between West 6th Street and Marsha Rapaport Way, a building that Cammeby’s owns and plans to demolish for a 42-story residential tower.

“DII is an important part of the Coney Island community, so we’re extremely happy that they will remain a permanent fixture by serving as the anchor tenant,” Jacob Cohen, executive vice president of development at Cammeby’s, said in a statement. “The company will also bring its corporate offices to the property, providing employees with a new, modern work environment.”

DII inked a separate deal for 4,900 square feet on part of the third floor of the property for its offices, which will be relocated from 530 Neptune Avenue. The landlord declined to provide the terms of the leases.

“This lease is another reflection of Cammeby’s commitment to keeping longtime businesses in Coney Island,” Block said in prepared remarks. “DII will continue to cater to customers at its current space on Neptune Avenue before moving into [the] new, modern space that will serve as its home for years to come.”

DII has 14 locations in New York and New Jersey. The 161,000-square-foot building at 626 Sheepshead Bay Road is expected to be completed in the fall.