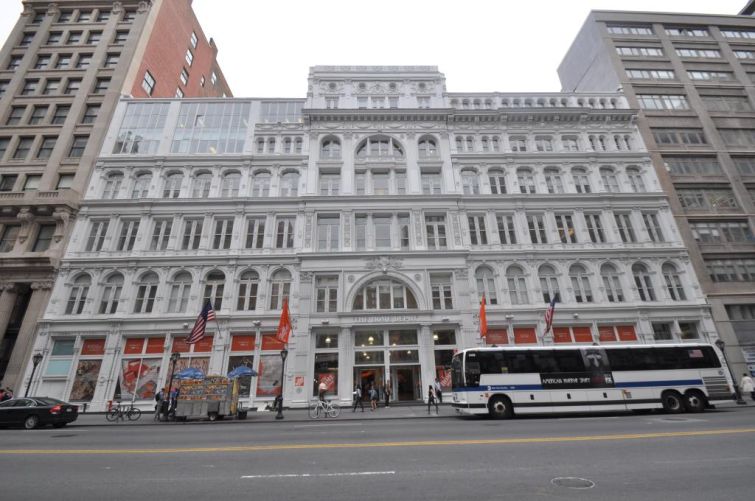 After more than doubling its staff in the last year, the trendy beverage-bottle maker has subleased a 25,000-square-foot, fifth-floor office at 28-40 West 23rd Street between Fifth Avenue and Avenue of the Americas in the Flatiron District.

Colliers International executives Andy Roos and Michael Cohen own the 12-story, 561,000-square-foot building, which houses Home Depot at the base, and S’well took over part of AppNexus’ 220,000 square feet in the building.

S’well, known for its distinct stainless steel bottles, moved out of its old 5,000-square-foot home at 50 West 17th Street earlier this month and into the new digs. The company had a five-year lease in the West 17th Street building, located between between Fifth Avenue and Avenue of the Americas, but eventually ran out of space, Sarah Kauss, the chief executive officer of S’well, told The Wall Street Journal, which first reported news of the lease.

Kauss said the company opted for the Midtown South building because the firm “didn’t have the time or the budget to do a six-month build-out,” according to the Journal. A representative for S’well told Commercial Observer that the company wanted to stay in the Midtown South or Union Square area to ensure easy access to the office for its employees who commute from outside the city.

Though the asking rent in two-year deal was not immediately clear, asking rents ranged from $69 to $75 per square foot in December 2014, when Estée Lauder consolidated its digital and fragrance teams into a 166,000-square-foot space at the building.

CBRE’s Ben Fastenberg represented S’well, and it wasn’t clear who represented the landlords. Representatives for CBRE and Colliers did not immediately respond to requests for comment.