After Superfund Cleanups and Residential Booms, It’s Time for the Gowanus Office Market 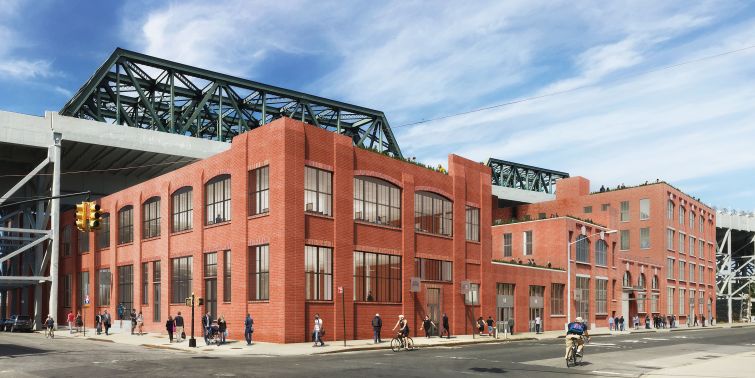 It was not long ago when there was no such thing as a Gowanus office market. The neighborhood was much more identified with the heavily polluted canal bearing its name, now a federal Superfund site, than as a commercial destination for young entrepreneurs and startups.

While the area has already established itself as a residential destination, a locus for artists and hipsters, and even a place with a budding hotel scene, developers are now eyeing it as the next emerging market for the kind of trendy, loft-like office space that has rapidly gained a foothold across the borough and New York City at large.

Such is the nature of Brooklyn real estate, a world in which no neighborhood is safe from the economic forces that bring about change.

Asher Abehsera’s LIVWRK seemingly set the template with 92 3rd Street, an abandoned former industrial building that the developer acquired for just over $20 million in 2013 and repositioned into an 80,000-square-foot office and retail property. LVWRK and partner FirstMark Capital subsequently leased up the property to tenants like media annotation website Genius and coworking space provider Bond Collective (formerly known as Coworkrs) before selling the property to Samson Management for $73 million in 2015, as Commercial Observer previously reported.

Since then, Gowanus has continued to evolve and other commercial developers have sought to build on the momentum via similar projects. One of the largest and most ambitious to date is currently underway at 124 9th Street, where the Hamway family’s Industrie Capital Partners is redeveloping the historic, century-old Roulston House warehouse into a 200,000-square-foot mixed-use commercial complex.

The Morris Adjmi-designed project, which is slated for completion next year, pulls straight from the playbook of similar Brooklyn office repositionings like Midtown Equities’ Empire Stores in Dumbo and Jamestown and Belvedere Capital’s Industry City in Sunset Park—with plans for 15-foot ceilings and an emphasis on natural light in the workspace. Roulston House will also feature millennial-friendly amenities like bicycle storage space, common areas and an expansive roof deck area, while the redevelopment is also aiming for a LEED Gold rating and a Wired Certified Platinum designation for internet connectivity.

“[Gowanus] is the creative nexus of Brooklyn,” said Joseph Hamway, a principal at Industrie Capital. “There are a lot of innovative entrepreneurs, artists and creatives. It has all the potential; once they clean up the canal and more development comes, it’s only going to be a matter of time.”

Hamway also cited the neighborhood’s surrounding proximity to “the best residential neighborhoods” in the borough—“It’s centrally located to Park Slope, Red Hook, Sunset Park, Downtown Brooklyn”—as well as its serviceable access to trains including the F, G and R lines. Industrie Capital (along with partner Aurora Capital Associates) acquired the property by way of a 99-year ground lease from local landlord Richard Ribellino and will seek rents of around $45 per square foot.

“I’m confident the market will absorb this,” Hamway added, comparing Industrie’s targeted asking rents to the $60-per-square-foot rents being asked for similar space in Dumbo. “At $45 a foot for Class A space, I think we’re competitive.”

Eastern Consolidated’s Jacob Tzfanya, who helped arrange the Roulston House ground lease on behalf of Industrie Capital, noted that the “very strict parking requirements” associated with ground-up development means that when it comes to establishing a new office market in a neighborhood like Gowanus, developers have to almost exclusively rely on “these grandfathered, loft-manufacturing buildings” to create new commercial space.

But Tzfanya noted that the appetite for such space is there, thanks primarily to the significant amount of residential development that has taken place in recent years.

“It’s really a push from the surrounding neighborhoods, and the fact that there’s a live-work component where a lot of people who live in Brooklyn also want to work in Brooklyn,” Tzfanya said.

While there are concerns among some that the Brooklyn office market at large is developing at too quick a pace to keep up with demand, Gowanus is one of the few markets presently lacking in that supply. “I think that in the whole borough, outside of Dumbo, there is a lot of space coming online and the demand is not as strong as many observers believe,” according to Savills Studley’s Zev Holzman, whose firm specializes in tenant representation.

Gowanus, however, has “a lot of demand right now and very little product,” Holzman added. “Outside of [Roulston House], there’s really no space if you need more than 5,000 square feet. A lot of companies want to be there because that’s where their employees are. I think Roulston House will be very successful; it may take a little time, but there’s not anything else like it [in Gowanus].”

Most observers agree that what the neighborhood lacks are retail offerings fit to serve the desired influx of new workers and residents. “The neighborhood is changing very quickly, and people are missing the retail opportunities that exist here,” said Cushman & Wakefield’s Joseph Cirone, whose team is handling leasing at Roulston House.

“If you’re an entrepreneurial food and beverage operator—a sous chef or executive chef looking to make a name for yourself and strike out and be edgy and creative—the opportunity is here, and you don’t have to pay $100 per square foot for your space,” Cirone said.

Ground-floor retail rents for main stretches of Dumbo, for instance, average north of $110 per square foot, according to the Real Estate Board of New York’s most recent Brooklyn retail report, released last September. Taking retail rents in Gowanus generally average around $40 per square foot, according to market participants who noted that—unlike the neighborhood’s lack of office inventory—there are plenty of retail opportunities available.

“If you want to move into Gowanus, you still have the opportunity to go there and you don’t have to be in a jousting match,” said Ideal Properties Group Principal Broker Erik Serras, whose firm has represented numerous commercial landlords in the neighborhood in leasing deals. “There is still a good amount of space available.”

The challenge, Serras added, is in convincing businesses that their efforts will not be obscured by the neighborhood’s sometimes isolated and closed-in vibe. “The charm of Gowanus is almost to its own detriment; it’s sort of cut off from other parts of [Brooklyn],” he said, citing the “natural barricade” of the Gowanus Canal, which separates the neighborhood from Carroll Gardens to the west, and the “great four-lane thoroughfare” of Fourth Avenue, which represents the border with Park Slope.

But when it comes to the commercialization and, indeed, gentrification of Gowanus—a trend that some say has barreled full-speed ahead since the neighborhood’s very own Whole Foods opened in late 2013—it would appear unwise to bet against anything but the area continuing to evolve into a place to be.

Cirone said Roulston House is “already seeing traffic” from prospective tech, media and creative tenants. “They were the early ones on the Dumbo scene, and their leases are coming up, and they’re the ones coming through. This is now, for the first time, a live-work-play neighborhood, and it has good product for the first time in each of those aspects.” 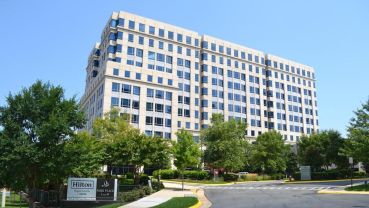