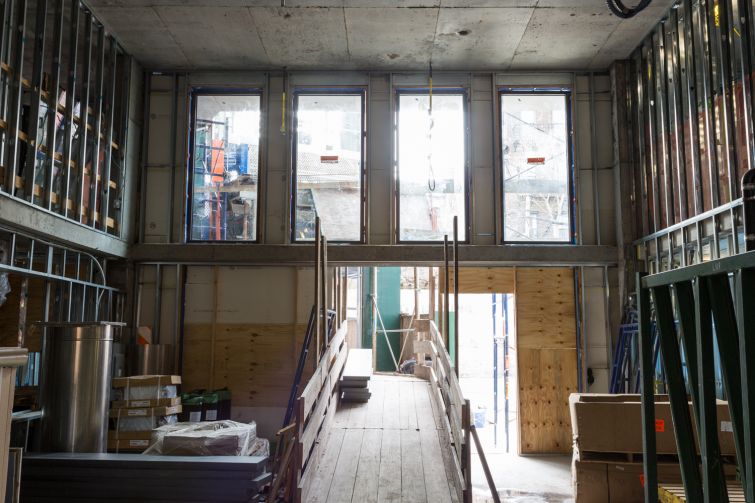 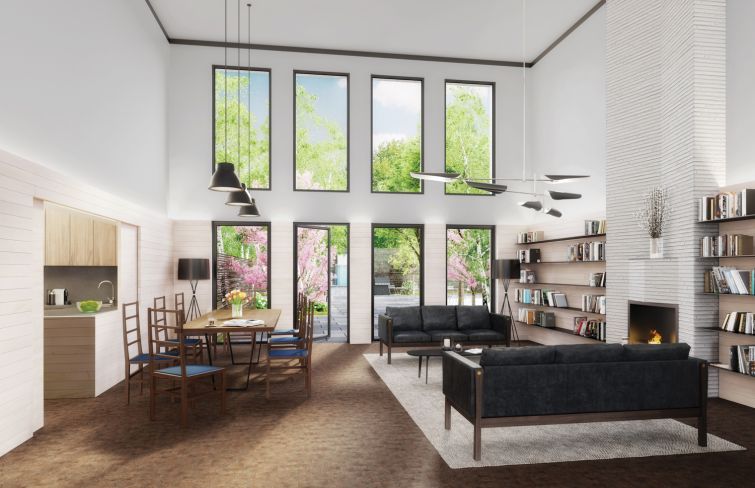 An image of the completed residents lounge, which leads to the backyard Rendering: DXA Studio Liam La Guerre 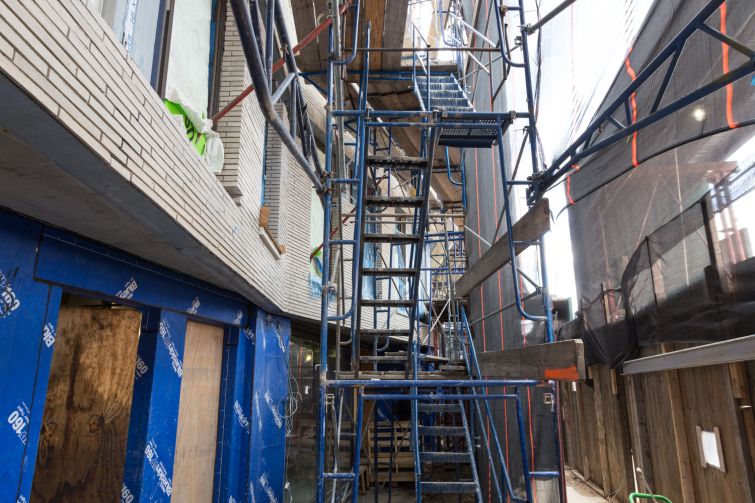 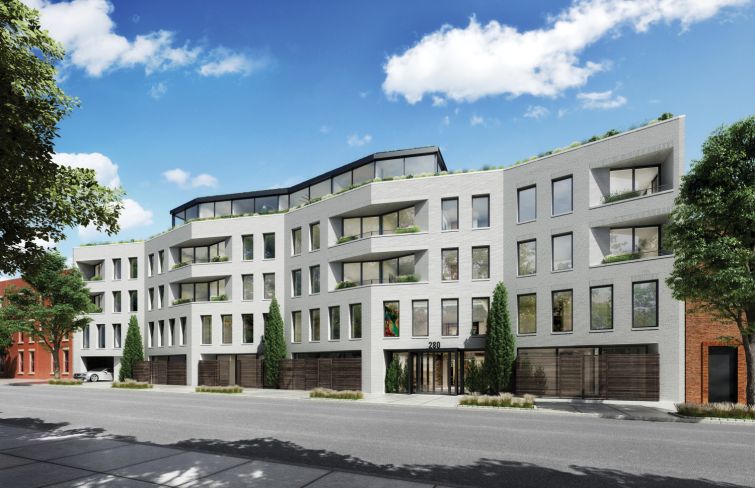 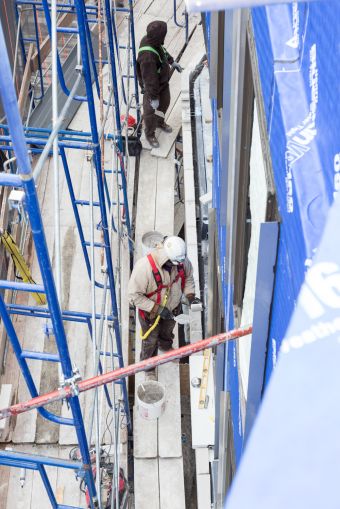 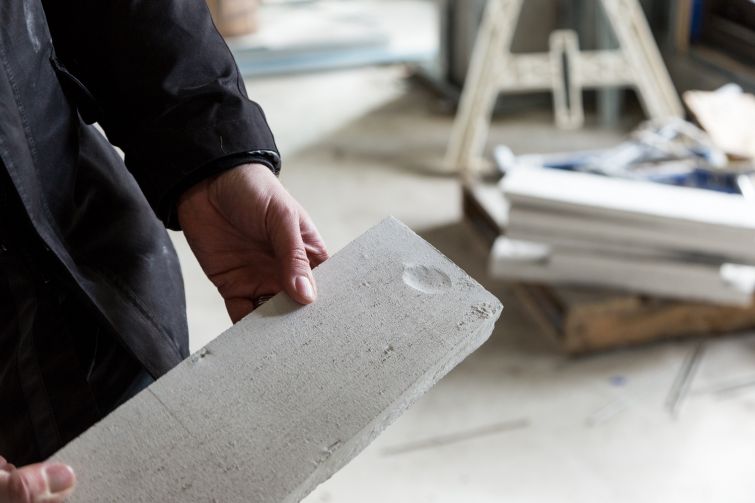 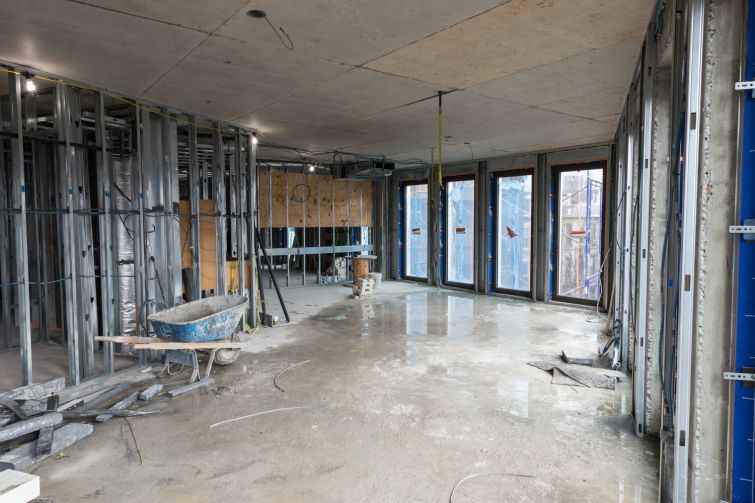 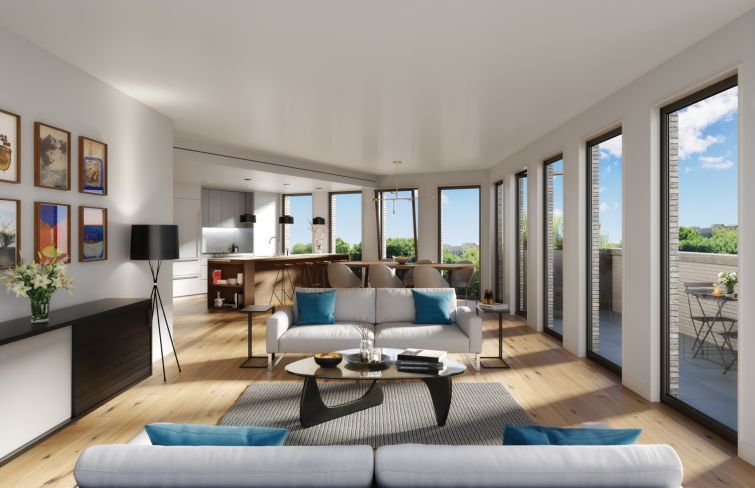 A rendering of the completed living space of a unit at 280 St. Marks Avenue. Rendering: DXA Studio Liam La Guerre
Previous Next

Architect Jordan Rogove, a co-founder of DXA Studio, noticed some townhomes in the Prospect Heights section of Brooklyn were angled slightly away from others when working on designing a ground up residential condo at 280 St. Marks Avenue.

So, as most architects would do, he began to research why. He learned that the angled homes were tilted to the old Flatbush Turnpike route that ran through the neighborhood until the late 1800s before the current street grid was introduced. It was the main thoroughfare that connected the town of Flatbush to what was then the city of Brooklyn (this was before Brooklyn became a borough in 1898.)

So for the 32-unit residential condominium between Vanderbilt and Underhill Avenues, which is currently under construction by DNA Developement, Rogove designed a zigzag façade, which features different angles, helping the building to stick out from the neighborhood while connecting it to the history of the area.

“Every once in a while you’ll see a property line that still refers to the old grid,” Rogove told Commercial Observer during a recent tour of the construction site. “Those angles we absorbed from the DNA of the project.”

He added, “This idea of just dropping a spaceship in the middle of a neighborhood—we didn’t want to do that, we wanted to integrate it somehow.”

For the façade of the five-story project, Rogove used long handmade white brick from Denmark-based Petersen Bricks. Each brick actually has a thumb print in it from the worker who hand made it. But since the bricks are individually crafted, each has a slightly different shape that creates a problem for masons.

“There are waterproofing considerations there,” Rogove said. “You’ve got to make sure that they are all sealed up [tight].”

The project is comprised of 32 units, a fitness center, kids playroom, bike and stroller storage areas, and 34 parking spots underground. There are six duplex units on the ground floor and six penthouses, which have terraces and private sections on the rooftop. The units in the building come with nine-foot ceilings, but there will be a common residents lounge with nearly 20-foot ceilings, which will have a fireplace installed with the custom Petersen Bricks.

The condos—mostly three- and four-bedroom homes—sold out last year for an average of $1,400 per square foot.

All that’s left to complete the project is adding windows to the penthouse suites, laying the top floor’s brick facade, installing the two elevators and building out the units. The project is expected to be completed by May.

Alexander Sachs, DNA Development’s co-founder, actually happens to live on the block of the project, so he knows the neighborhood very well including what nearby homes were missing: more family space.

Therefore, he called for extra storage and utility rooms in each unit—for toys, strollers, skis, whatever—and carved out a roughly 1,300-square-foot paved and grassed backyard, which connects directly to the residents lounge. There will also be general access to the building’s roof, where there will be a picnic table, lounge chairs, a grill and a view of Downtown Brooklyn.

“I’ve been here for nine years,” Sachs said. “We have two kids now and we have grown out of our space. And a lot of what we put into this building was if we were to move, what would we want.”