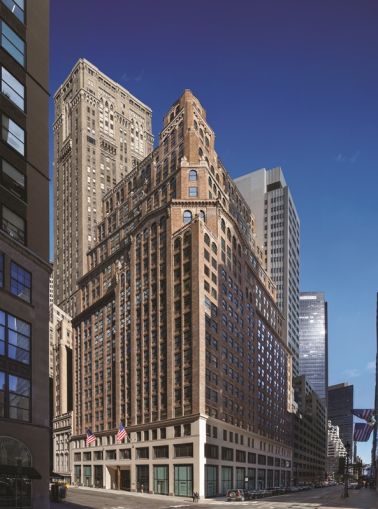 The fashion designer has signed a 200,000-square-foot lease to relocate to RFR Realty’s 285 Madison Avenue, according to a press release from the landlord. Tommy Hilfiger will occupy nine floors of the 510,000-square-foot building between East 40th and East 41st Streets.

Asking rent in the multifloor transaction averaged $70 per square foot, according to The New York Post, which first reported news of the deal. The length of the clothing company’s lease was not immediately available.

“Tommy Hilfiger’s choice to locate its North American headquarters at 285 Madison Avenue highlights the building’s unique appeal following our successful efforts to modernize and transform it,” Aby Rosen, the co-founder and a principal of RFR, said in prepared remarks. “Attracting this international luxury lifestyle and apparel brand to a new home here underscores the property’s appeal in terms of outstanding location and amenities.”

Tommy Hilfiger will leave behind the Starrett-Lehigh Building at 601 West 26th Street on the Far West Side, where the Post noted it has been based since 2004. At the time, the company signed a 127,800-square-foot at the full-block building between 11th and 12th Avenues, according to CoStar Group.

The firm’s new office will be significantly closer to parent company PVH, which is based four blocks away at 200 Madison Avenue.

“By making this move, PVH expects to reduce Tommy Hilfiger’s occupancy costs and relocate into space that is much more efficient for both PVH and the Tommy Hilfiger business,” tenant broker Matthew Astrachan of JLL said in a statement.

RFR and GreenOak Real Estate picked up 285 Madison Avenue nearly five years ago for $189.3 million, and poured another $65 million into a gut renovation of the then-vacant property.

And Tommy Hilfiger is not the first company that RFR and JLL have lured away from Starrett-Lehigh. Skincare company StriVectin Operating Company signed a 14,732-square-foot lease to move into 285 Madison Avenue in late October, as Commercial Observer first reported.