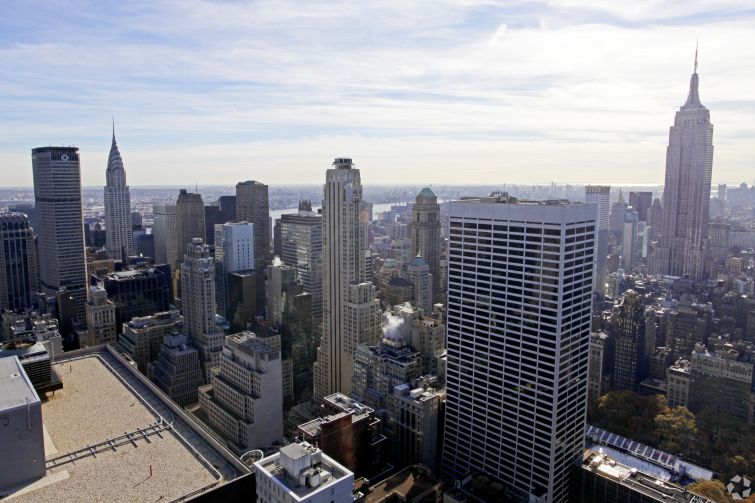 Grace Building at 1114 Avenue of the Americas. Photo: CoStar Group

Sweetgreen, the fast casual salad and grain bowl chain, has secured a new lease in the Bryant Park area, Commercial Observer has learned.

The company, which last December opened its first eatery with no seats on the Upper East Side, will open this summer in 4,613 square feet in the Grace Building at 1114 Avenue of the Americas between West 42nd and West 43rd Streets (2,334 square feet on the ground level and 2,279 square feet below grade). It was space previously occupied by Hallmark, according to a spokesman for Brookfield Property Partners who wouldn’t disclose the terms of the lease except to say it’s “long term.”

This marks the 15th store for Sweetgreen in New York City, which has 63 stores nationwide.

“We’re excited to announce our newest Sweetgreen in one of the most iconic buildings in New York City,” Jonathan Neman, a co-founder of Sweetgreen, said in a prepared statement. “We have been a part of this community for four years and look forward to expanding our reach with our new location across from beautiful Bryant Park. The network of farmers and local suppliers we have built in the New York area has allowed us to continue our commitment to providing fresh, locally grown food, and we look forward to building on that here.”

Brookfield and The Swig Company own the 1.6-million-square-foot 49-story Class A office building built in 1971 and renovated in 2001, according to CoStar Group. Office tenants include Home Box Office, law firm Cooley and iStar Financial. Gabriel Kreuther’s eponymous restaurant is in over 13,000 square feet in the building, as CO previously reported.

“Sweetgreen brings a wildly popular food destination to the Bryant Park area, which has become a real haven for a diverse and inventive array of quality food options,” Michael Goldban, Brookfield’s senior vice president of retail leasing, said in provided remarks. “The Grace Building will be an ideal location for Sweetgreen, and its presence is great news for our tenants as well as all of the other tenants of and visitors to the Bryant Park area.”(Goldban negotiated the deal along with Brookfield’s Mark Kostic for the landlords.)

Jacqueline Klinger and Taryn Brandes of SCG Retail represented Sweetgreen in this transaction. Klinger didn’t immediately respond with a comment.