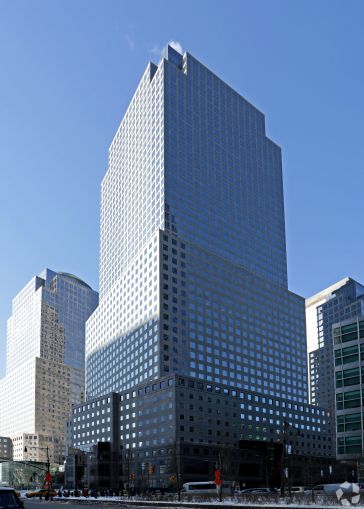 Royal Bank of Canada has signed a 15-year early renewal to stay at 200 Vesey Street, part of the Brookfield Place complex, according to a press release from tenant broker Cushman & Wakefield.

The 400,000-square-foot deal keeps RBC’s capital markets division at the 2.5-million-square-foot building through 2032. Asking rent in the transaction was not immediately available.

RBC is based in parts of the sixth and 25th as well as the entire eighth through 12th along with the 14th floors, according to the release. Its previous lease at the Brookfield Property Partners-owned structure was set to expire in 2022, according to Bloomberg, which first reported news of the transaction.

“We are pleased to renew our lease at 200 Vesey Street,” Blair Fleming, the United States head of RBC’s capital markets division, said in prepared remarks. “Doing so reaffirms our commitment to growing our U.S. platform and supporting the economic strength of New York, in line with our mission of helping clients thrive and communities prosper.”

Bruce Mosler, Ethan Silverstein, Dale Schlather, Al Edwards, John Betsill of C&W represented the tenant along with Chuck Scott, the chief executive officer of Cushman & Wakefield Canada, while Brookfield was represented by an in-house team (the specific members were not immediately identified in the release and a spokesman for Brookfield did not immediately return a call on the topic).

“Brookfield is very pleased that RBC has made a long-term commitment to grow its business at Brookfield Place,” David Cheikin, an executive vice president at Brookfield, said in a statement. “RBC’s decision reaffirms Brookfield Place as a location for businesses of all sizes to attract and retain top talent, foster growth and thrive.”

While media tenants such as Time Inc. and Associated Press have taken over Brookfield Place, finance firms still have a strong foothold at the Lower Manhattan complex. The U.S. Securities and Exchange Commission is based at the building, leasing 274,142 square feet in a deal that runs through April 2020, according to CoStar Group. American Express owns the upper 1.2 million square feet of the property, where it has been based for more than 20 years.