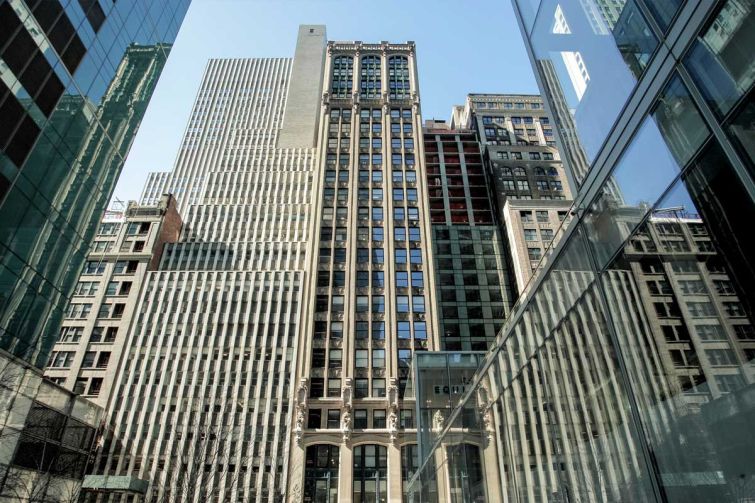 Roku has channeled in a new location for its New York City offices.

Commercial Observer has learned that the television streaming service has signed a 15,931-square-foot lease at Equity Office’s 114 West 41st Street, according to information provided by the landlord.

Roku, which is headquartered in Los Gatos, Calif., plans to use the space to grow its advertising presence in the Big Apple, according to the landlord.

“The TV ad business is undergoing rapid change, as consumers move more and more of their TV viewing to streaming devices like Roku,” Scott Rosenberg, the head of the company’s New York City office and advertising initiatives, said in prepared remarks. “TV marketers are following the consumer, driving significant growth in our ad business. This new location is perfectly situated to serve our customers, a majority of whom are in New York City, and to tap the deep ad talent pool in New York City.”

A spokeswoman for the landlord declined to provide the asking rent and the length of the lease. Roku will occupy the entire sixth floor of the 22-story, 352,000-square-foot building between Avenue of the Americas and Broadway. Its new offices are part of the prebuilt campaign Equity Office has launched at the property.

Roku is moving from about 3,000 square feet at 45 West 34th Street between Avenue of the Americas and Fifth Avenue, according to CoStar Group.

“Our prebuilt floors were planned with creative, growing brands in mind, offering the cutting-edge feel and collaborative environments they demand,” Zachary Freeman, Equity Office’s vice president of leasing, said in a statement. “We are pleased to welcome Roku, which was drawn to 114 West 41st Street’s progressive design and unique amenity space.”