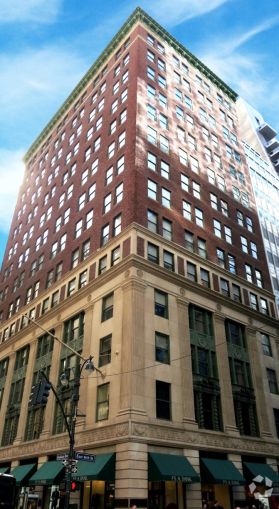 The architecture and interior design firm will occupy 6,851 square feet at the 90,000-square-foot building between East 45th and East 46th Streets, according to a press release provided by Cushman & Wakefield. That gives the company, which also has an office in Cleveland, the whole 10th floor of the 16-story property.

Asking rent in the deal was not immediately available. Vocon is taking the space for three years, CoStar Group indicates.

Vocon, whose work includes offices for Citigroup and the Cleveland Browns, is moving from a few blocks away at 2 Grand Central Tower at 147 East 44th Street. There the company occupies 5,016 square feet, according to CoStar.

“We are very pleased to have worked with Ponte Gadea to fully negotiate a lease that worked well for both parties in a tight time frame,” Frederick said in prepared remarks. “The fact that building staff was able to ensure all alterations to the space would be completed in ample time, without concern for holdover penalties, was an added bonus.”