With Rising Rents, Class B Properties Are Manhattan’s Unsung Hero 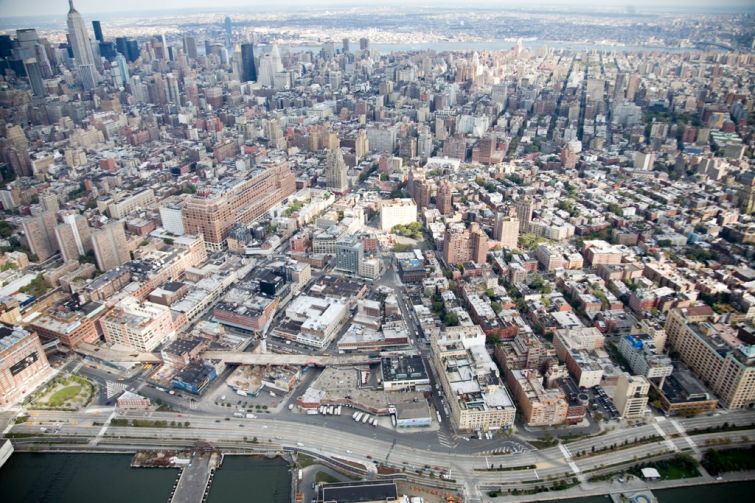 Aerial view of the Meatpacking District, where there are many Class B office properties. Photo: Alex S. MacLean/Landslides Aerial Photography Lauren Elkies Schram

Since the recession, asking rents have climbed for Class B buildings in Manhattan, giving Class A properties a run for their money.

“There was a surge in Class B pricing [over the decade],” Richard Bernstein, an executive vice chairman at Cushman & Wakefield, said at the company’s 2016 end-of-year outlook breakfast today. “In 2007, Class A space carried a 60 percent premium to Class B space. The gap has narrowed considerably and now only carries a 30 percent premium.”

That narrowing can be primarily attributed to the increase in the number of TAMI, or technology, advertising, media and information, tenants that have popped up, particularly in the Midtown South area, due to the lower rents and the loft-style spaces. And those tenants can’t afford or don’t want Class A office.

Once the TAMI tenants paved the way for setting up shop in cool loft spaces, other types of companies followed suit.

“[Class B buildings] were priced significantly less than let’s say Sixth Avenue in the Plaza District,” Bernstein explained to Commercial Observer following the event. “So again it’s a value shopper. It’s a different demand shift with TAMI entering, and a different mindset. The floor has pushed up the ceiling.”

Along with the asking rent increases, Class B landlords are making their buildings more upscale.

“A lot of landlords like us…see that there are more people that want to be in those buildings, and we’ve upgraded those buildings to have the same elevators, bathrooms, windows as the Class A buildings have,” said Brian Steinwurtzel, a co-principal at Newmark Holdings, which owns about 10 million square feet of property—a majority of which are Class B buildings in hot Manhattan areas.

But will asking rents continue to increase in Class B buildings? At least one expert seems to thinks not.

“Well, I think what we are just starting to see is the pace of the increase in the Class B market has slowed and it is starting to level off,” said Keith DeCoster, Savills Studley’s director of U.S. real estate analytics, who pointed out that many tech and TAMI tenants have been looking to areas outside of Manhattan, such as Brooklyn and Long Island City in Queens for greater rent discounts.

Specifically, he said, “in Jersey City, you can find quality space for well below what you will find in Midtown South and Penn Plaza Class B or C space.”

“It’s apparent that TAMI has now embraced the Downtown market,” Bernstein said. “Once average asking rents in Midtown South reach new heights, TAMI set their sights Downtown. The decision they made was to stay in Manhattan, but to find a different office stock that is similar.”