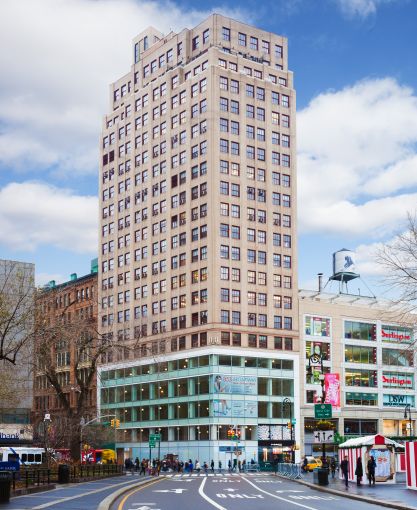 TrueX Media will be adding 5,864 square feet on the top floor of the 21-story building between East 13th and East 14th Streets to the 4,841 square feet it leases on the 14th floor, according to a Feil spokeswoman. The deal includes exclusive access to a private roof deck, overlooking Union Square Park.

“The deal began when a startup tenant leased a small space from us a few years ago and then they were subsequently acquired by TrueX and expanded again so now they will have over 10,000 square feet at the building,” Robert Fisher, the director of commercial leasing at Feil, said in a prepared statement. Fisher represented Feil in-house in the transaction and Fox was represented in-house.

At the end of 2014, 21st Century Fox agreed to acquire the online advertising technology company TrueX Media, formerly known as SocialVibe, for $200 million, Forbes reported at the time.

The expansion lease was signed on Jan. 4. The spokeswoman for Feil declined to provide the terms of the deal other than to say the lease is for between 10 and 15 years, and the asking rent was more than $100 per square foot.