There Are Good Reasons for NYC’s Scaffolding Law 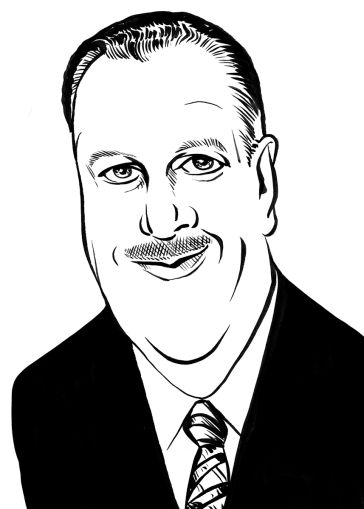 A few days before last Thanksgiving, Elizandro Enrique Ramos, a married father of three, was working on a construction site in Queens when a 6,500-pound I-beam he was standing on fell from a height of four stories. Ramos and the crane operator below, George Smith, were both dead before paramedics arrived. The next day, the New York City Department of Buildings issued a stop- work order and cited a number of safety violations, including improper fall protections.

Even more recently, on Dec. 9, 2016, Wilfredo Enriques, a 59-year-old Brooklyn carpenter died from head trauma after falling from scaffolding. The DOB issued a stop-work order at that site too, and an investigation was opened.

In New York, one of the strongest incentives for owners and contractors to run safe worksites and prevent height-related injuries is the Scaffold Safety Law. It holds the people who control a worksite liable when they don’t follow the rules.

Opponents of the law say—without the data to back up their claims—that rising liability insurance rates are a direct result of huge payouts to disabled workers and the next of kin of workers who die. But insurance rates are rising across the country, not just in the states that have laws similar to ours.

Despite what adversaries claim, the law does not allow a worker who ignores safety protections to bring a case. And when the developer does the right thing and runs a safe operation? No automatic assignment of liability is triggered there either. Liability is reserved, appropriately, for when employers cut corners, turning construction sites into time bombs.

The reality is that when construction workers fall from heights, at least one serious violation is usually found in the ensuing investigation. When the New York Committee for Occupational Safety & Health (NYCOSH) looked at the circumstances around fatal falls from 2004 to 2011, they found that over 80 percent had federal Occupational Safety and Health Administration (OSHA) violations.

While some scaffold law critics say that workers need to be incentivized to take responsibility for their own safety, let me remind them that construction workers know better than anyone what the dangers are in this occupation. Of course workers will not voluntarily harm themselves, but it’s the responsibility of the owner and contractor to make sure they have a worksite that adheres to all safety rules and laws.

Without the Scaffold Safety Law, owners and contractors have no incentive to take the time and spend the money to run safe work sites. OSHA violations carry trivial fines and are seen as part of the cost of doing business. In 2012, the average penalty of a fatality investigation was just under $13,000, and the extreme shortage of inspectors means that the vast majority of worksites will never be inspected.

Workers who complain about conditions are more likely to be sent home without pay or lose their jobs. And things are much worse for Latino workers. While Latinos make up 41 percent of New York City construction workers, that group and immigrants accounted for over 74 percent of fall fatalities investigated by OSHA in New York City from 2003 to 2011. And in a report published by the Center for Public Democracy in 2013, focus groups of Latino and immigrant construction workers reported that they don’t raise safety concerns on worksites because they fear retaliation.

If the construction industry is truly concerned about rising costs, they should get serious about flexing their political muscle against the insurance industry and demand that they open their books. In the meantime, if developers and contractors want to eliminate their risk of a suit, I have a foolproof plan: Follow the law. Run a safe work site.

Gary LaBarbera is the president of the Building & Construction Trades Council of Greater New York (BCTC), which consists of local affiliates of 15 national and international unions representing 100,000 working men and women in New York City and is a strong and consistent voice for all construction workers.