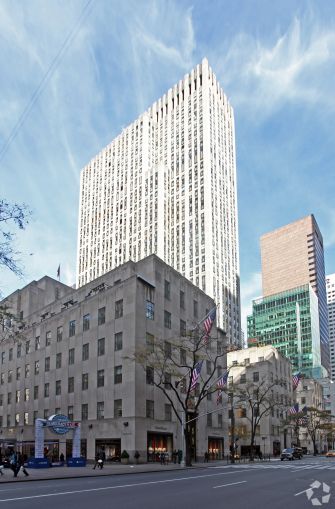 Hudson Housing Capital, an equity investor in multifamily properties around the country, recently inked an 18,056-square-foot renewal at Tishman Speyer’s 630 Fifth Avenue, with an alternative address of 45 Rockefeller Plaza.

The company will continue to occupy part of the 28th floor of the 41-story, landmarked building between West 50th and West 51st Streets, according to a press release from tenant broker CBRE. The brokerage’s spokeswoman declined to provide the asking rent and the length of lease.

CBRE’s Greg Maurer-Hollaender, Lewis Miller and Brad Needleman, who represented the tenant, declined to comment on the transaction via the spokeswoman.

And Samantha Augarten, Blythe Kinsler and Joshua McGuire represented the landlord in-house. A spokesman for Tishman Speyer did not return a request for comment.

An investor of affordable housing nationwide, Hudson Housing Capital has offices in New York, Boston, Los Angeles, Cleveland and Virginia. A woman that answered the main line at Hudson Housing Capital’s New York offices said the company was not “interested” in commenting when reached by Commercial Observer.

Current tenants in the 1.3-million-square-foot building, which is part of the Rockefeller Center complex and is known as the International Building, include investment management company Bessemer Trust, law firm BakerHostetler and Equinox Fitness.