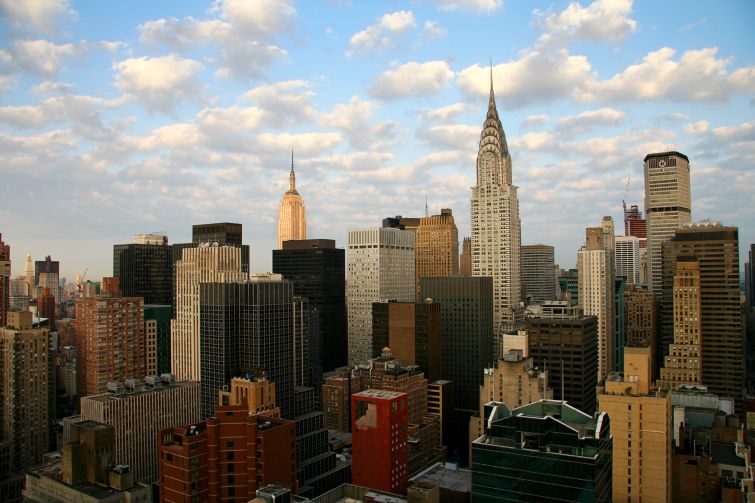 The seven-month review process on the proposal to rezone a major swath of Midtown East has kicked off, city officials announced.

The Department of City Planning today certified the new plan for the uniform land use review procedure, or ULURP—a multi-step zoning process that requires City Council and mayoral approval. Should the 78-block rezoning go through, it will lead to an additional 6.5 million square feet of Class A office space over the next few decades, according to a DCP press release. This comes three years after an initial proposal was killed following community pushback, sending the plan back to the drawing board.

“The greater East Midtown area is the city’s premier business district,” Carl Weisbrod, the director of DCP, said in prepared remarks. “It generates approximately 10 percent of the city’s entire real estate taxes so it is essential that it continues to maintain its status as a world-class economic magnet.”

The district spans Third to Madison Avenues and East 39th to East 57th Streets, according to DCP.

The proposal allows for developers to build at a higher density through several options. If a building is near a certain transit hub, for instance, a landlord can invest in subway improvements in exchange for more square footage. DCP identified six stations, serving 11 subway lines, eligible under the plan. That follows the zoning for SL Green Realty Corp.’s One Vanderbilt, for which the developer invested $220 million into the subway infrastructure at Grand Central Terminal to build the 1.6-million-square-foot tower. Other properties along Vanderbilt Avenue—running from East 42nd Street to East 47th Street—looking to construct larger buildings can now follow the same path.

Rezoning the district also unlocks about 3.6 million square feet of unused air rights. Currently, landmarked properties that aren’t built up to their full floor-to-area ratio can only sell their development rights to neighboring properties. The new plan would allow landmarks—such as Saint Patrick’s Cathedral, Saint Bartholomew’s Episcopal Church and Central Synagogue—to sell the untapped square footage to any site within the district. The city would take 20 percent of each transaction, which would then be earmarked for public improvements in the area.

The improvements were a result of the pushback in 2013, according to the DCP release, when an 11th-hour rezoning plan by the Bloomberg administration failed to pick up steam. Critics at the time felt the proposal favored developers and didn’t do enough for at-grade infrastructure within the business district.

Conservationists have implored the city to keep the percentage no higher than 20 percent. City officials had floated taking up to 40 percent of each air rights transfer, much to the chagrin of landmark owners and developers.

“Right now, we have an unprecedented opportunity to both protect landmarks in Midtown East, and set a precedent for future rezoning plans throughout New York,” Peg Breen, the president of The Landmarks Conservancy, wrote in a Dec. 30 opinion piece in the New York Daily News. “Let’s get it right.”

Entering ULURP comes more than a year after these proposals were first released by a steering committee co-headed by Manhattan Borough President Gale Brewer and Councilman Daniel Gardonick. Both officials will now play a key role in the ULURP process: Brewer gives a non-binding vote on the project; Garodnick, who represents a sizable piece of the district, will influence how the City Council votes on the proposal.

“The plan is on a much better path than it was several years ago,” Garodnick said in a statement via a spokesman. “The main reason we are embarking on this rezoning is that the area has gotten less competitive over time. It needs a jolt.”

Community Board 5 and Community Board 6 now have 60 days to hold a hearings on and submit recommendations for the rezoning plan to the City Planning Commission. Should CPC approve the process, it then goes to the City Council—first to the land use committee and then to the full 51-member body. The mayor then has five days to veto the project; two-thirds of the council is required to override a veto.

Update: This story was edited to include a comment from Councilman Daniel Garodnick.