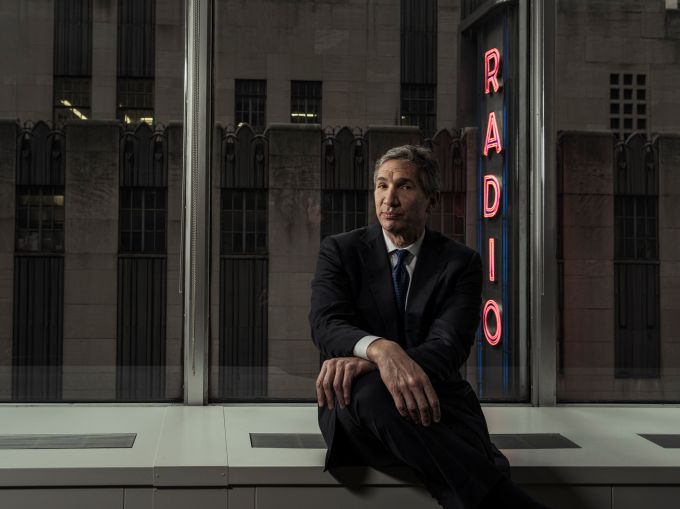 Shortly before the winter holidays, Cushman & Wakefield’s Steven Kohn was in true festive spirit. The 57-year old brokerage’s president of equity, debt and structured finance, who oversees a team of 80, was using one of his only free moments of the day to snag tickets to the Radio City Christmas Spectacular for his family (Kohn is a father of three and also has one grandson). But not only does he visit New York’s most iconic buildings in his off hours—he spends his workdays financing them. Kohn’s roster of recently closed deals includes the $850 million financing of 1301 Avenue of the Americas, the $130 million and $185 million refinancings of 1410 Broadway and 1441 Broadway, respectively, and a $67.5 million acquisition loan for The Astor Retail Condominium at 2139-2157 Broadway. He sat down with Commercial Observer at his 1290 Avenue of the Americas office to chat about what kick-started his career, and what it takes to get a deal financed in New York City today.

Commercial Observer: Where did you grow up and how did you get your start in the real estate industry?

Kohn: I was born in Philadelphia but only lived there until I was around 4 years old. We moved to Hartsdale in Westchester County, N.Y., because my father is an architect and took a job in New York. So, I spent most of my formative years in White Plains. With my father being an architect, real estate was the common industry that we discussed at the dinner table—we were always out looking at buildings and great urban spaces. So I guess I had that [propensity] in me without realizing it, but when I graduated college I initially thought I was going to do foreign service-type work. I was a political geography and economics major [at Bucknell University], but that was going to take more graduate school, and I wanted to take a little break. I was offered a job by a gentleman I had worked for during the summers—he had a food business but was also in real estate. His name was Henry Lambert, and he was the president of Reliance Insurance’s real estate group. He offered me a job in the food business and I said, “I’d prefer real estate,” and that’s how I got my start. He offered me a job in Philadelphia as they had a project being developed there, so I started with that and stayed with it all these years. I was 22 years old, right out of school.

How long have you been with C&W now?

Since 2007, when they acquired Sonnenblick Goldman, which is the company I was a partner in and president of. Initially they didn’t buy 100 percent of the company—they did that in 2010 to 2011—but in 2007 we officially moved in.

So you joined C&W right before the crisis?

Right before. It was great to be part of a large organization. We had great resources but it was certainly a struggle to get business done in 2008 and 2009. The remainder of 2007 was okay because we had a lot of business locked in, but 2009 was the worst. In 2010, things started picking up again, so I’d say there were two years that weren’t easy but we had business to do and clients that needed our services. It wasn’t as rewarding financially as previous years but in many ways there was some very interesting capitalization work to be done in real estate during that time.

Do you think the industry has changed significantly since the crisis?

It has certainly changed on the finance side. As you know, we raise equity and debt. On the debt side, lenders are far more cautious than they were 10 years ago, going into the absolute peak of that cycle. Underwriting standards are stricter now and most investments require more equity than they did back then. Interest rates are lower today, so in theory you could actually finance more transactions but lenders, because of their caution, are acting in a very disciplined manner—most of them at least—and that’s across asset types. There’s very little construction debt available right now, whereas there was quite a bit available back then. On the equity side there are a lot more equity investors from Asia than there were 10 years ago. There has been tremendous geographic expansion in certain markets. In New York City we look at neighborhoods now that 10 years ago would have looked quite a bit different to us. For example, there’s more development going on in the Bronx and in Bushwick, [Brooklyn].

But that has happened in other cities also. In Philly, the whole Market Street East part of town is under tremendous development. It’s all very positive. There are less boundaries in terms of tenants and investors than there used to be in most markets. Maybe it’s led by the hip new companies that are more willing to go out from the core than traditional companies; they have led that movement and others have followed.

Are you busy on both coasts?

We’re heavily weighted on the East Coast—Boston, New York, Washington, D.C., Atlanta and South Florida. We have more offices, more people. On the West Coast we have smaller offices in L.A. and San Francisco.

Which side of your business is busiest?

The debt side is busier. There’s a lot of 10-year debt rolling, and we’ve had a lot of demand from clients to refinance their properties.

How did 2016 differ for you in terms of the lender activity and the different sources of capital you’ve seen in play?

If the loan is on a stabilized property, it’s financed by the traditional life insurance companies, major banks, major money center national banks as well as larger regional banks, and the commercial mortgage-backed securities lenders. That’s all pretty standard. The nonbank lenders have come in—debt funds predominantly—for the construction loans and mezzanine loans. They also take on loans with higher loan-to-values—loans where there is maybe one transitionary property that is not stabilized. It really depends on the profile of the property—we happened to finance 1301 Avenue of the Americas across the street, and we did that with three life insurance companies—which is not really new—but for some other assets that we are working on that are in transition, there are a lot of new sources of debt capital.

What deals have you closed recently?

1301 Avenue of the Americas was an $850 million transaction and, as I said, we closed that with three life companies—MetLife, AXA Financial and New York Life Insurance Company. We are in the market right now with 485 Lexington Avenue for SL Green Realty Corp. and that’s a $450 million deal. We recently closed 1410 and 1441 Broadway for L.H. Charney Associates [a $130 million refinancing and $185 million refinancing, respectively, both provided by MetLife], and we closed an acquisition loan for Vanbarton Group on The Astor Retail Condominium at 2139 Broadway—that was a $67.5 million deal [Mesa West Capital provided the floating-rate financing].

Our hotel group [recently] closed a $100 million financing on the New York Marriott at the Brooklyn Bridge [on behalf of Muss Development]. Steven Michels, Jared Kelso and Tom McConnell led that transaction.

What is the biggest challenge you have experienced lately?

Procuring a construction loan for a high-end condominium or hotel development. It’s very difficult to get a conventional bank to make that loan right now. However, the debt funds have entered the space so for the right sponsor and the right development they would be an option—but it costs more money. The right sponsor and price point are key, because there is more resistance at the very high end. If you were somehow able to buy land at the right time and build a more reasonably priced development—for example under $300 per square foot—you’d have a greater chance of getting that financed. There would be equity money for that. The market is not dead—it has just slowed significantly.

Have you seen any impact from risk retention being implemented on Dec. 24, 2016?

There is some impact in terms of pricing. I wouldn’t say it has settled down to a specific number yet, but you hear ranges of it maybe adding 15 to 20 basis points to the rate. That’s not scientific, however. We’ll see where it settles.

Well, in Manhattan alone there is $9 billion in CMBS debt coming due. It doesn’t sound like a huge number but that’s only Manhattan and in only one year. Plus, that number doesn’t include bank debt or insurance company debt. So, I think we’ll be very busy with refinancings, and I think there will be a lot of recapitalizations of equity. This year will likely be a little slower than last year on the transaction side; there has been so much uncertainty in the world with the election and interest rates have moved up a little bit. Sitting here today that is an easy thing to say, but that could change very quickly [early in 2017] when people feel that certain events are behind us and the world hasn’t fallen apart. But overall, barring any major unforeseen events, I think it will be an okay year. I’m not feeling pessimistic about it.

Even the lack of construction financing helps the market in the long run. It’s bad if you’re a developer, and you want to get something built—I get that—but on the other hand it does control supply, and real estate can be severely impacted with oversupply.

If you think about it, there has really been very little office development in the city in the last 15 years—until Hudson Yards. For a market of this size, it amazes me. It is happening now with Hudson Yards and One Vanderbilt and a few other developments Downtown such as the rebuilding of World Trade Center. The city needed that—it needed new stock. New York City is very old and we needed new modern office spaces.

Is the city moving west with all of this new office development?

It has to as there is the only place that there’s land! You might have said in the past that Madison Avenue or Fifth Avenue was the center of the city, commercially speaking. Now the middle is probably Avenue of the Americas, where we are [sitting] today. From a new development standpoint the city is certainly moving west and south.

Last time we met you spoke about The Catalog for Giving [a nonprofit organization that Kohn, along with several other commercial real estate industry participants are involved in]. How is that going?

We raised over $1.4 million this year and hit a new record. As of Nov. 1 [2016], I’m the president of the board and so I’ll be even more actively involved. I love it—we fund youth-serving charities throughout New York City, mostly with respect to after-school programs. It’s a combination of culture, arts, academics and athletics generally and right now we have 15 groups that we’re funding. Every three years we put out a request for proposal and organizations throughout the city will apply for funding—we give them a three-year commitment. We provide the capital to grow so that they can have more impact. Our money is normally used to hire more staff so that they can open more locations and serve more kids.

It is not exclusive to real estate by any means, but on our board we have 22 members and 17 are in real estate, so 80 percent of attendees at the dinner are somehow affiliated with the real estate industry.

The organizations will send emails to us, saying, “We need volunteers to conduct mock interviews with kids who we are trying to help get into college,” so we have a group that helps with this, and it’s so much fun. I sit and interview these kids. My mother, Barbara Welsh, was the organization’s first volunteer. She invited me to the very first dinner, and I think I’ve made every one since. It’s great to be involved.