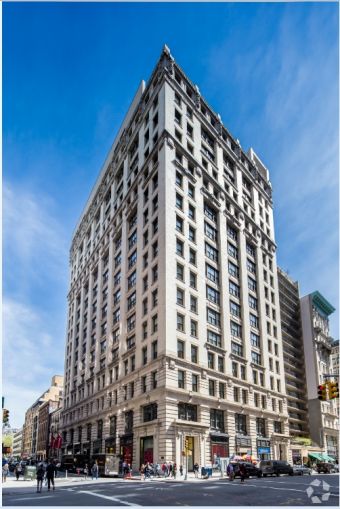 The company will be relocating to the entire second and third floors of A & R Kalimian Realty’s 79 Fifth Avenue between East 15th and East 16th Streets, an 18-story 327,212-square-foot office building, according to Howard Dolch of the Lansco Corporation. He and colleague Sylvia Haddad are the building agents. Capgemini replaces The Foundation Center in the space.

Capgemini’s new digs, which it will occupy in the spring, will house the firm’s USA headquarters and its Fahrenheit 212, an innovation strategy and design firm it acquired earlier this year. The lease is for 10 years and had an asking rent of $79 per square foot, Dolch said.

“Capgemini was attracted to the space with it lofty high ceilings, top-quality finishes, elegantly restored building lobby and the special Flatiron vibe that has brought many others to the area,” Dolch said in a statement.

Capgemini will be consolidating at 79 Fifth Avenue from its headquarters offices at 623 Fifth Avenue between East 49th and East 50th Streets and several other locations.

With the Capgemini lease, 79 Fifth Avenue is 100 percent occupied, Haddad said. Tenants in the building include The New School, Hulu and Verve Mobile, which recently occupied the fourth floor.

JLL’s Scott Cahaly represented Capgemini in the deal. Neither he nor a spokesman for JLL responded to a request for comment.