CMBS 2017: The Rating Agencies Weigh In 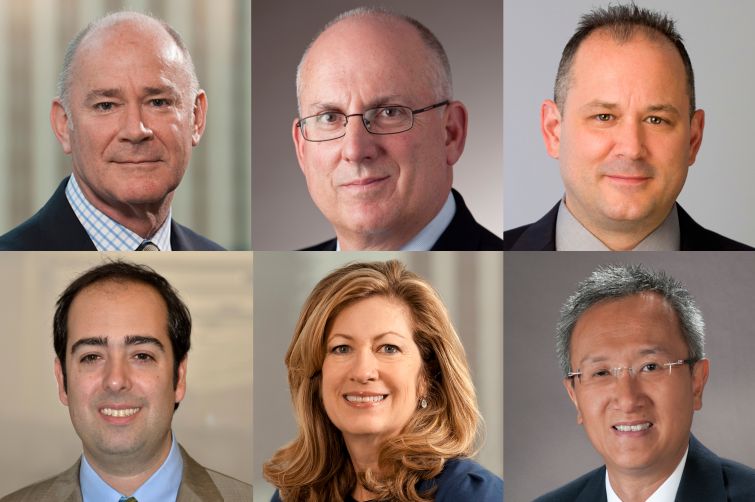 Many industry participants are wondering what lies ahead for commercial mortgage-backed securities in 2017. Will CMBS issuance volume hold steady? Will risk retention and Regulation AB change the players, or the game itself?  Last month, Commercial Observer asked representatives for the five rating agencies to weigh in with their 2017 predictions…

“We expect to see around $65 billion in CMBS issuance during 2017. Following an active fourth quarter in 2016, we expect issuance volumes to start the new year on the lighter side, especially as the market receives more clarity on issues such as the implementation of the U.S. risk retention rule and capital treatment for vertical slices. We saw some consolidation among originators in 2016 and may see further consolidation this year.”—James Manzi, senior director of structured finance global research at Standard & Poor’s Global Ratings.

“We believe that new CMBS private label issuance in 2017 could end the year within a range of $55 [billion] to $65 billion, slightly below 2016 levels. We believe the year could get off to a slow start given the volume that has come into the market [in November and December], coupled with issuers and B-buyers still getting their arms around horizontal risk retention. That said, we have spoken with plenty of issuers and believe that it will ultimately get settled and that ‘H’ or ‘L’ deals will be in the market next year, and that in the interim many are prepared to do vertical deals, in fact some have indicated that things may start to get busy in February.”—Eric Thompson, senior managing director of structured finance at Kroll Bond Rating Agency.

“With risk retention [now] live, among the repercussions for CMBS sponsors if a deal is found to be non-risk-retention-compliant could be originators jettisoning what has already been a shrinking CMBS portion of the total commercial real estate finance universe.”—Huxley Somerville, managing director and head of U.S. CMBS at Fitch Ratings.

“Questions surrounding risk retention will likely curb issuance at least during the early part of 2017, which put our projections for the year at approximately $75 billion.”—Zanda Lynn, head of U.S. CMBS business development at Fitch Ratings.

“We predict a non-agency volume of $65 billion in issuance for 2017, which is generally in line with what we saw this year. Hopefully, the market will be less volatile. The mix of conduit and single-asset, single-borrower transactions could also change as more large loans are structured as pari-passu loans and placed into multiple conduits. The CMBS market enters the new year with much uncertainty around influences such as the implementation of risk-retention rules, expectations of interest rate increases and the policy priorities of the incoming presidential administration. It [left] 2016 with improved underwriting standards that are expected to hold as the risk-retention rules take effect. The risk retention deals brought to market to date had cleaner collateral and seem to support the intent of the regulation. We’ve also seen the exit of some smaller originators due to Regulation AB resulting in less competition amongst originators that has also contributed to an improvement in overall underwriting metrics.”—Ken Cheng, managing director of CMBS rating services at Morningstar Credit Ratings.

“Several transactions with risk-retention-compliant structures were brought to market in the second half of 2016 in advance of the Dec. 24 implementation. While providing a head start to addressing the implementation, issuance is likely to be slower than usual during the first quarter of 2017 as issuers and investors engage in price discovery on loan and bond spreads and test risk-retention-compliant structural variations. Risk retention is likely to incentivize issuers to pay closer attention to collateral quality. On the other hand, it will result in higher coupons for CMBS loans to offset capital charges in the case of vertical strips or reduced liquidity in the case of horizontal strips. This is a credit negative as it will result in CMBS becoming less competitive for loans backed by high quality collateral, potentially causing a shift in the mix of loan pools toward weaker quality. The net effect is likely to be a modest credit positive.” Tad Philipp, director of commercial real estate research at Moody’s Investor Service.