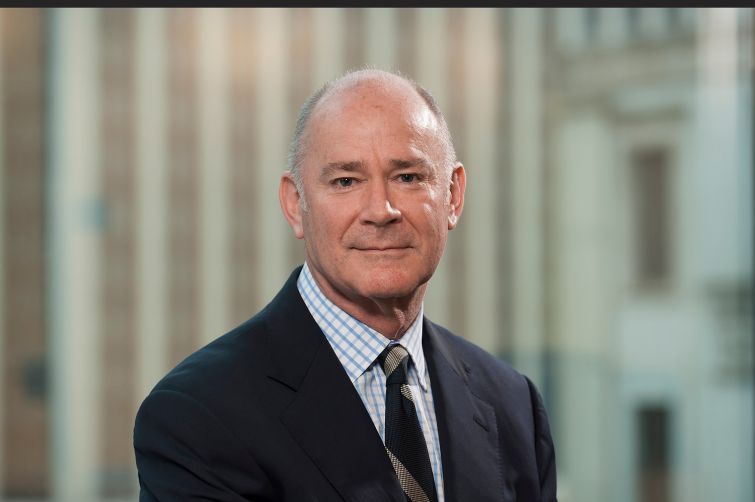 Huxley Somerville, managing director and head of the U.S. commercial mortgage-backed securities group at Fitch Ratings, told Commercial Observer how he followed his initial interest in architecture, while living in a port city in New Zealand, and wound up leading a national research division at one of the “big three” U.S. credit rating agencies in New York. Fitch, which is active globally and across the finance sector, has posts in 30 countries. In addition to rating CMBS transactions, Mr. Somerville and his team monitor delinquencies, servicing and underwriting, as well as other industry trends.

Just as the Timaru, New Zealand-native is optimistic that his home country’s All Blacks will win the Rugby World Cup next month, he also believes the inevitable interest rate hike in the U.S. will be a positive for those entrenched in the CMBS industry. Mr. Somerville noted that a rate increase would encourage investors and lenders to slow down—resulting in more prudent transactions. He is, however, less optimistic about the quality of underwriting, as he believes some lenders and borrowers are still making aggressive assumptions on net operating income and building occupancy, among other issues. Beyond deal metrics, Mr. Somerville is keeping his eye on major offshore events that could impact the U.S. economy. All markets are cyclical and all cycles come to an end, he told CO.

Mr. Somerville: In a small city called Timaru on the South Island of New Zealand.

How’d you get your start in the business?

After doing what most New Zealanders do after school and university—traveling the world for several years—I was offered a job in a very high-profile New Zealand property company called Robt. Jones Investments. At university I had intended to study architecture. But first you had to complete a year of general courses and one course that friends and I did was pre-law. I enjoyed it immensely and decided to complete a law degree instead of architecture. From the beginning, I never intended to practice law, so to broaden my horizons I also completed an economics degree. Therefore, at RJI I was on the management side rather than the real estate side of the company.

Then how did you get to New York?

After three years I wanted to travel again. And friends gave me some information on Columbia Business School. I thought that was a great reason to resign a good position and move to New York for a couple of years so I applied and was accepted to study finance and real estate. However, I graduated into the middle of the early ’90s real estate recession and, not wanting to return to New Zealand immediately, I started on a part-time basis at Mutual of New York. That turned into a full-time job in real estate asset management and, increasingly, loan workouts.

In 1995, after several people left MONY to go to a company I had not heard of—Fitch—I ran into a headhunter and he got me an interview with the CMBS group. They offered me a position and very graciously sponsored me as I was still at that time on a restricted visa. I have been at Fitch ever since, though not just in CMBS, nor always New York. I was also in the REIT’s group and spent two and a half years in Sydney, working mostly on residential mortgage-backed securities, and four years in London, at first working on synthetic collateralized debt obligations, before heading up Europe, Middle East and Africa structured finance.

What is the most concerning underwriting trend you have seen in new issuance CMBS loans?

I don’t know if there is any one trend that is most concerning. It’s an amalgam of issues that, if refused by one lender, another lender around the corner is perfectly willing to provide. Increasingly we are seeing aggressive assumptions on the income side; low vacancy expectations, credit for letters of intent to sign a lease rather than an actual lease, denial of negatives around options to vacate and a willingness to accept current market rents will last forever at this stage in the cycle.

What effect might an interest rate hike have on the CMBS universe?

Putting on my economist hat, I think there will be a lot of noise around the rise when it first occurs but that the markets will settle down after a short period of time. At the end of the day, interest rate rises are a positive because they reflect a growing economy. A rise will be a good thing for CMBS if it encourages people to pause for a moment. Commercial real estate and CMBS are currently, on a relative basis, high yielding assets. If other options open up because of rising interest rates, it will take some of the heat out of the commercial real estate market.

What global issues are on your radar right now that could impact commercial real estate?

Anything that can disrupt the markets, even if for a short time. And it’s not necessarily a negative for the reasons I mentioned above. At the beginning of the 2011 and 2012 summers, there were small disruptions due to nervousness over Europe. The CMBS market cooled for a while as a result and delayed the continuing decline in underwriting that was occurring even then. Since then there have been further offshore events, some significant but the strengthening U.S. economy has deflected them. So now, any offshore event has to be that much larger to have the same effect; not something you wish for! At the end of the day, markets are cyclical. And the current cycle will end. Probably sooner than people will expect. At Fitch, so long as underwriting continues to decline because the upward cycle appears never ending, we will increase credit enhancement to compensate. And either the cycle will come to an end and we will see whether the enhancement was sufficient given the downturn or the enhancement will make it uneconomic to originate loans aggressively. At least if Fitch is rating those deals.

What music do you most find yourself listening to lately?

New Zealand music such as Salmonella Dub, The Chills, The Bats and Fat Freddy’s Drop. Modest Mouse and The Killers. Laura Marling, who is the daughter of a Fitch colleague of mine when I was in London, and some interesting music of my 15-year-old daughter’s that, since we share the same Apple ID, ends up on my iPhone—Die Antwoord is very intriguing.

Who will win the Rugby World Cup in October?

The All Blacks, the New Zealand national team! I have friends and work colleagues from Australia, South Africa, Wales, France, England and Ireland and all have a very good shot at it so it’s going to be intense but fun. I also want some of the second tier teams such as Argentina, Italy and Manu Samoa to pull off some upsets so long as it’s not against us!