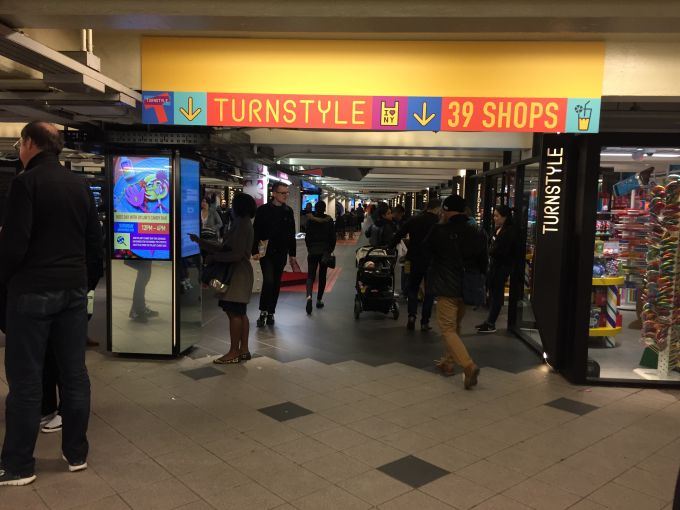 The folks behind Chatime coffee shop on the Upper East Side are bringing bubble tea to the underground shopping strip Turnstyle, the developer of the 27,000-square-foot-long underground passageway told Commercial Observer.

Serving its trademarked “FizzTea,” a sparkling version of the beverage, Panda Bubble Tea will open in 360 square feet at Turnstyle, which has an official address of 1000S Eighth Avenue between West 57th and West 58th Streets. It will also sell traditional bubble teas, milk teas, juices, smoothies and other beverages.

The Panda Bubble Tea lease was signed in the middle of this month and is for six years. The asking rent wasn’t immediately available, but in March 2015, asking rents ranged from $300 to $400 plus $45 in common area maintenance, also known as CAM fees.

“Panda Bubble Tea will be a great addition to an already amazing mix of food, fashion and fun,” Susan Fine, the founder and chief executive officer of Turnstyle, said in prepared remarks. “And since we are the only place in New York with genuine FizzTea, considered a healthier alternative to soft drinks, I suspect a lot of neighborhood school kids will be slurping these uniquely fizzy bubble teas here, not to mention our daily commuters.”

The F+B Group’s Winston Gitonga and Julian Hitchcock represented the tenant in the deal. Neither one responded to a request for comment. Turnstyle self-represented.

Fine has a 20-year lease with the Metropolitan Transportation Authority for the space. Last April, the century-old concourse at Columbus Circle that had been closed since 2009, reopened as the long-awaited mezzanine-level shopping center, as CO reported at the time. Turnstyle is home to 39 vendors. Some of the food tenants include MeltKraft, Yong Kang Street, Casa Toscana, Ellary’s Greens, Nutbox, Doughnuttery and Dylan’s Candy Bar.