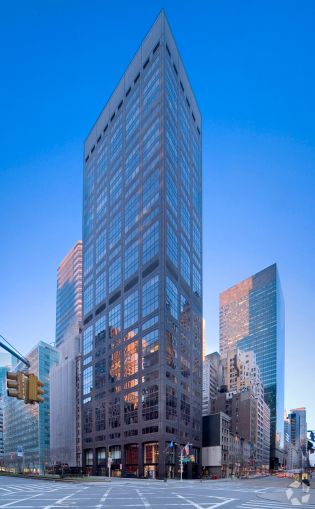 One of Brazil’s largest banks has signed an early renewal for the top two floors of 450 Park Avenue, Commercial Observer has learned.

Banco Bradesco’s 13-year extension keeps its 21,822-square-foot office at the tower between East 56th and East 57th Streets through May 2031, according to information provided by tenant broker Cushman & Wakefield. The brokerage declined via a spokesman to provide the asking rent.

The company has had its North American headquarters at the Oxford Properties Group-owned building for more than 30 years.

“Banco Bradesco’s primary goal was to satisfy a long-term occupancy solution for its North American headquarters while maintaining a world-class presence,” Aron Schreier of C&W said in prepared remarks.

Schreier and colleagues Jonathan Schindler and David Mainthow represented the tenant, while Adam Frazier of Oxford Properties Group represented the landlord in-house with Paul Amrich and Neil King of CBRE.

“We worked closely with the landlord and CBRE, the property agent, to negotiate an extension that allows the bank to remain in its preferred location for the foreseeable future,” Schreier said.

Banco Bradesco, which is headquartered in São Paulo, Brazil, occupies the 32nd and 33rd floors of the 334,722-square-foot 450 Park Avenue. It last renewed at the building in 2009, in a deal that kept it at the property through February 2020, according to CoStar Group.

“Bradesco renewing its long-term tenancy at 450 Park Avenue is a testament to the trophy quality of the building, coupled with fantastic hands-on ownership by Oxford Properties which was an intricate part of this transaction, lead primarily by Adam Frazier,” Amrich said in a statement via a spokeswoman.

Events Operator A3 Productions Takes Space in Brooklyn and the Bronx