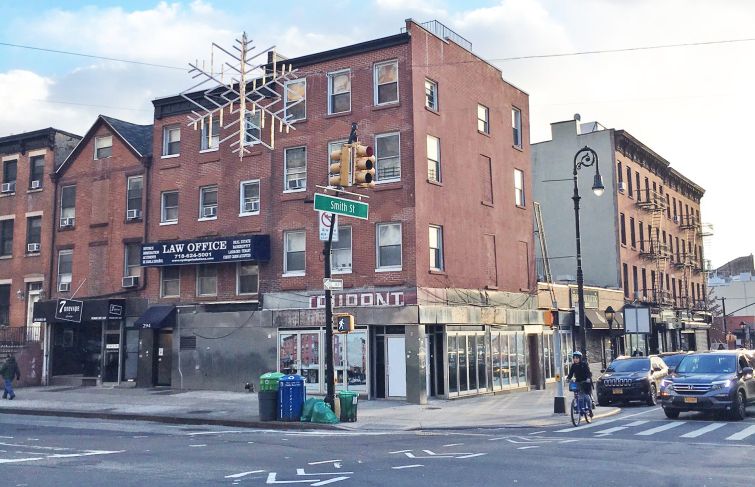 Developer BFC Partners has purchased a 7,500-square-foot mixed-use property at 292 Atlantic Avenue in the Cobble Hill section of Brooklyn for $10.3 million from Thor Equities, Commercial Observer has learned.

The property, which also has an alternative address of 93-101 Smith Street, is at the corner of Smith Street and Atlantic Avenue, close to the border of Downtown Brooklyn. The transaction closed on Dec. 12. In December 2011, Thor bought the site for $5.1 million, according to property records.

The 3,300-square-foot ground floor is partially occupied by a tattoo parlor, which has leased there for a decade, and an art gallery, on site for five years (2,000 square feet is vacant). Above are five market-rate residential units, with an average monthly rent of $2,631, according to StreetEasy.

“I would say that the buyer clearly sees the long-term value of Cobble Hill and Downtown Brooklyn,” RKF’s Brian Segall, who brokered the deal for BFC Partners and Thor with colleague George Martinecz, told CO. “And this particular corner is at the center of this general area and it’s the gateway of the Smith Street restaurant row.”

While CO reported in the summer of 2015 about the death of restaurants and food businesses along Smith Street, there has been a spate of recent openings along the strip like Welsh gastro pub Sunken Hundred, Filipino barbecue joint f.o.b. and Latin American cocktail bar Leyenda. A new eatery slated to open soon is Mediterranean joint Rhil & Anne’s Good Time Lounge, and long-time restaurants on the strip include seasonal American spot Battersby and modern Vietnamese restaurant Nightingale 9.