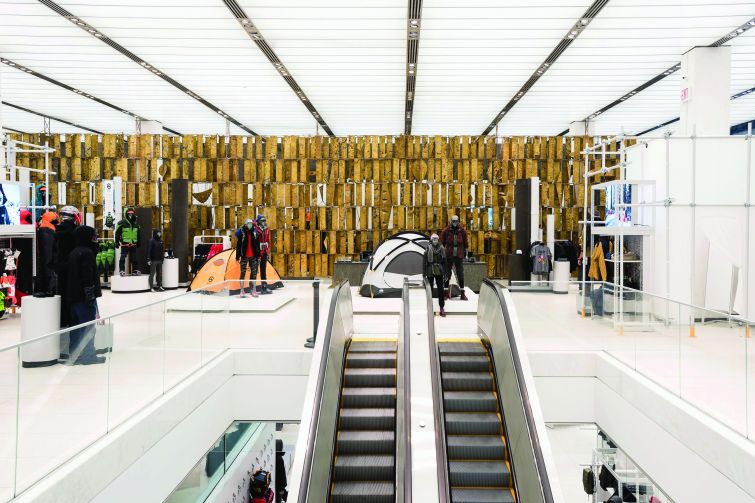 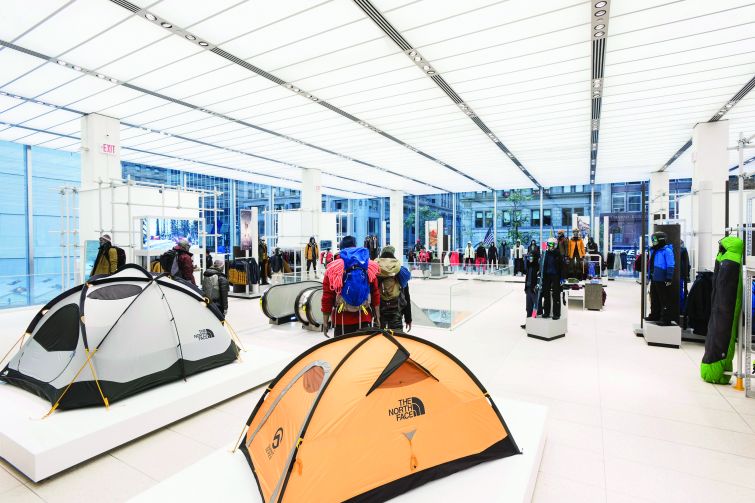 Jackets and tents in the new store. Photo by Eugene Gologursky/Getty Images for The North Face. Liam La Guerre 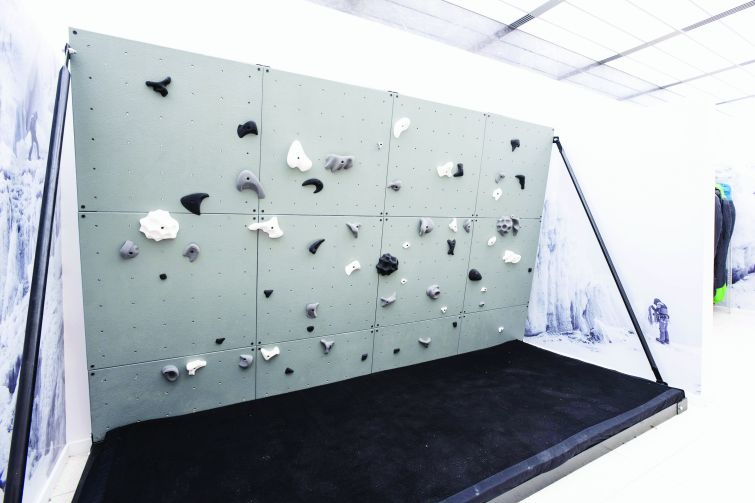 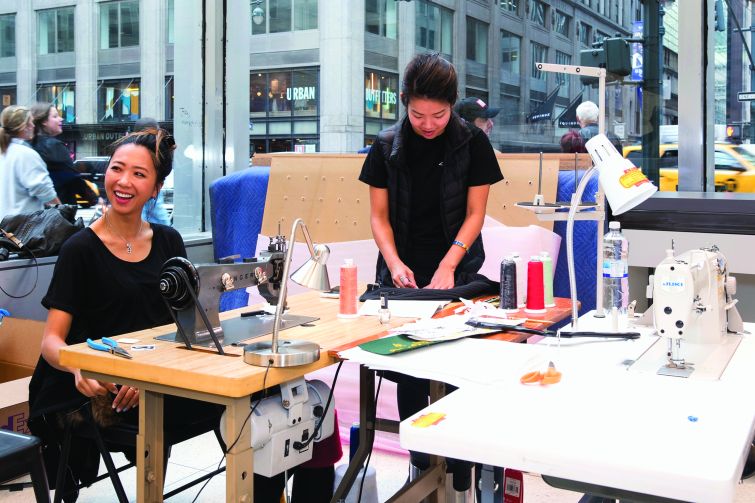 Seamsters are in the store to sew on custom patches on customer's jackets and other products. Photo by Eugene Gologursky/Getty Images for The North Face. Liam La Guerre 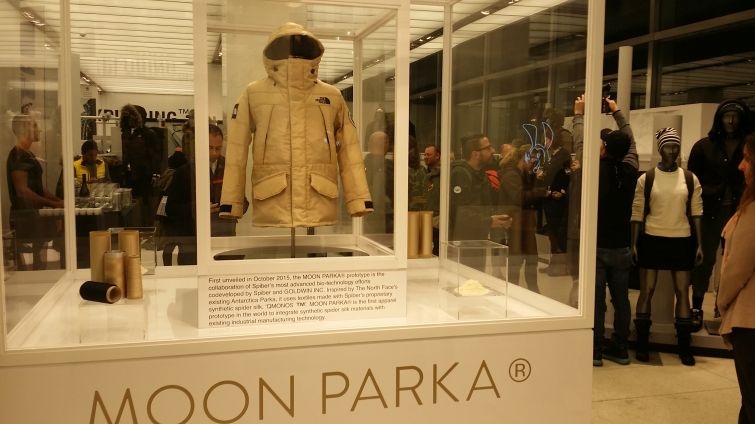 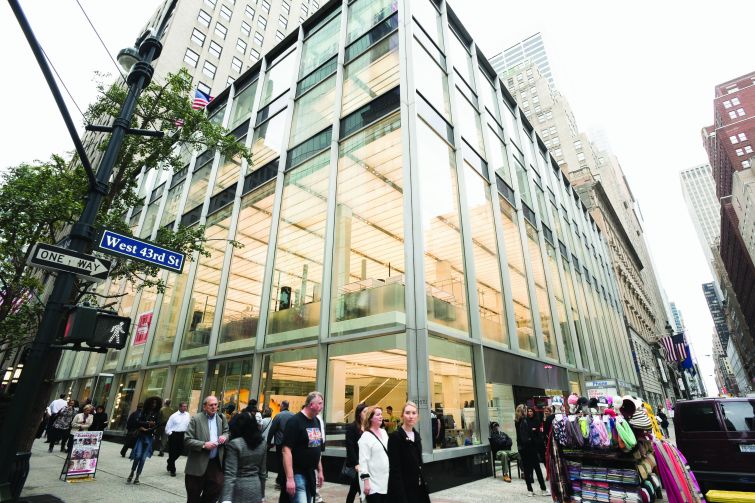 If you want to see the future of outerwear, stop by the new The North Face store. The 50-year-old mountain sports apparel giant has recently created a prototype for the world’s first jacket made from synthetic spider silk—a more eco-friendly material than nylon.

It chose its new flagship store at 510 Fifth Avenue between East 42nd and East 43rd Streets to display the gold-colored garment, which went on display on Tuesday, Nov. 29, in a glass box. The Moon Parka (as it is called) reflects the future of the company, said Erik Searles, a vice president for The North Face during a tour of the space. In January, Searles added, a new product will be revealed to take the Moon Parka’s place. (No, he wouldn’t tell Commercial Observer what that was.)

“If you want to know where The North Face is going come here,” Searles said about the company’s Fifth Avenue store, which opened on Oct. 14.

There are some challenges that come with a landmarked space, such as not being able to change or remove the brass Harry Bertoia-designed artwork hanging in the approximately 20-foot-high second floor, which takes up nearly the entire wall. Instead of covering it up, The North Face built its store around the artwork, using it as a backdrop, which blends almost seamlessly into the area.

The first floor was built for everyday customers in mind, displaying jackets, pants, bags and other accessories. But things get interesting on the second floor, which was crafted for mountaineers—the core target market of The North Face.

There one will find its premium outerwear for rock climbing and mountaineering, products like ice screws, ropes, headlamps, snowshoes and helmets.

The second floor also features a 10-foot climbing wall, where customers can test out apparel and products. (Warning: The wall is really difficult to scale.)

To add to the feel of the climbing experience, The North Face added features like climbing hooks that hold up shelves for its products, and tent-like changing rooms before going on a little indoor expedition. (The changing rooms are effectively rectangular tents made with the same nylon and aluminum as its premium tents with zipper openings—betcha can’t find that in too many changing rooms around this city.)

But this is not just a gimmick to draw people into the store: The North Face has certified its sales associates with the American Mountain Guides Association. “You can actually say, ‘I just came in here for a jacket, but what is this?’ and they’ll [teach] you,” Searles told CO.

Near the store’s Fifth Avenue entrance workers from design studio Lot, Stock and Barrel will be stitching on custom patches to customers’ jackets and other gear using a chain stitch technique, which was big in the 1970s with “hippies, motorcycle gangs and extreme outdoorsman,” Searles said.

The style has started to become popular again with climbers, so fittingly the company added the service permanently to its flagship.

“Now it’s coming back in a big way,” Searles said. “We have the ability for the customer to engage in that type of culture.”