Raising Hell: A Look at the 131-Year Old Scaffold Law in a Modern-Day New York City 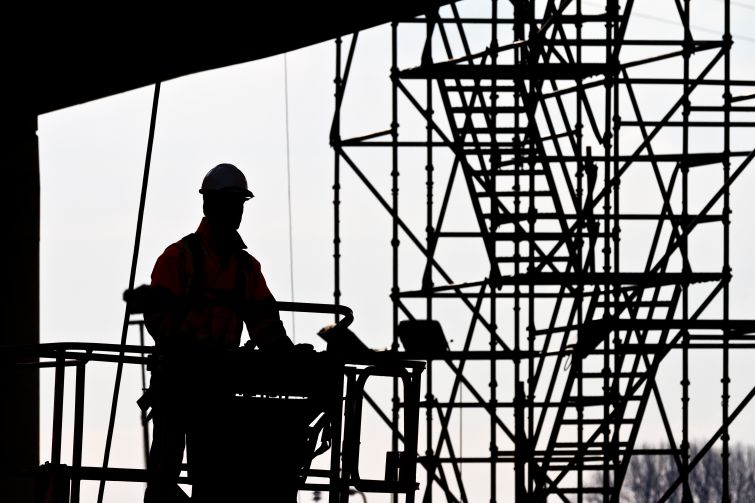 The same year that the Statue of Liberty arrived in New York Harbor, Scaffold Law—otherwise known as New York State Labor Law 240—was enacted. The 131-year-old piece of legislation hasn’t been amended since.

Scaffold Law requires that contractors and owners provide necessary scaffolding and other safety devices on construction projects in order to protect a development site’s workers. Equally significantly, the law assigns an “absolute liability” standard for worker injuries to the contractor and owner, thereby absolving the injured worker of all responsibility. In other words, should a worker somehow contribute to his own injury, he is not responsible.

The law evokes strong feelings from industry participants, who understand its premise but grapple with how extreme it is and hope to see change sooner rather than later.

“I don’t think anyone is suggesting that employers should never be held responsible for their own negligence,” said Kurt Larkin, a partner at Hunton & Williams. “But the Scaffold Law virtually eliminates an employer’s ability to defend itself when covered accidents occur. Moving to a more common sense liability standard like comparative negligence would simply allow a jury to apportion liability when a worker’s own negligence is a contributing factor in a mishap. The insurance savings alone could translate to additional construction jobs, which would benefit organized labor.”

New York is the only state in the country in which the Scaffold Law and the absolute liability standard still exist. So what fuels them in the Empire State?

“Political contributions,” said one contractor who spoke on the condition of anonymity. “Money talks. It’s the one law in politics that people talk about changing, and yet it somehow remains constant.”

The contractor went on to say that it’s no big surprise that there have been no advances to repeal the law this year. “We knew it wasn’t going anywhere in 2016, with the entire legislature up for re-election. I’m sure if you check the political contribution list for anyone who ran I’m sure you’ll find far more political contributions from trial attorneys than contractors or anyone else. It wasn’t worth having the fight this year.”

Of course, the law exists for a reason: worker safety, said Charlene Obernauer, an executive director at New York Committee for Occupational Safety and Health. “From our perspective, Scaffold Law is important to keep workers safe on the job. It’s an important protective measure that allows construction workers the right to sue an employer who may put them in danger and create an unsafe working environment.”

Obernauer continued, “In New York State we have protections that specifically allow for workers to have a means to protect themselves if their lives are put in danger by their employer. When you have a city like New York, it’s really necessary to have protections like Scaffold Law. It’s a measure that protects workers at the end of the day, and it allows workers to have confidence that if they do get injured or even killed on the job that they or their families will have their damages paid for by the employer who put them at risk.”

Louis Coletti, the president and chief executive officer of the Building Trades Employers’ Association of New York City, attributes the tight grip on the law in the Big Apple to the “politics of economics.”

“This is a gift for the trial attorneys,” Coletti said. “They get 30 percent of every claim without having to do very much work. They are always negotiating how large the settlement is, irrespective of whether there was any contributory negligence at all.

“From a contractor standpoint, and I’m sure from an owner’s standpoint, nobody wants to deny any worker who is hurt on a construction job a fair trial,” Coletti continued. “But if you look at the American jurisprudence system, in no other instance does one of the parties in the judicial proceeding not have an opportunity to present evidence for consideration regarding their side of whatever happens.”

Some of those who oppose the law suggest redefining liability or negligence as a starting place.

“The contractors and those in favor of changing Scaffold Law only want to change it so that the liability is not absolute,” the contractor said.

“Eliminating absolute liability can accomplish two things: lowering insurance premiums by making it more attractive to insurers willing to offer liability insurance and providing workers with greater incentives to be responsible for their own safety, which should further reduce accidents and, accordingly, further reduce insurance premiums,” said Walter Andrews, the head of Hunton & Williams’ insurance litigation and recovery practice. “As it stands now, the Scaffold Law reduces the workers’ incentives to take responsibility for their own safety. And, it is clear that the law is maintaining a high premium level because other insurers are not attempting to enter the market given their negative view of the impact of the law on liability insurance. The fundamental principle of liability insurance is that the person responsible for the accident should be liable. The law eliminates that important element of tort responsibility.”

In the meantime, the Scaffold Law is costing New York City a lot of money.

“It drives [BTEA] members crazy,” Coletti said. “They see the increased cost and lack of availability, plus the 15, 20 or 25 percent increases in their insurance premiums and it’s a real detriment to competition.”

Settlements can be substantial, running into millions of dollars. Further, one of the chief drivers of the cost of construction is the cost of the general liability insurance that is required as a direct result of the Scaffold Law.

Another gripe with the law is that it seems to works against state policy to increase the number of Minority- and Women-owned Business [Enterprises] in the construction industry, Coletti said. “There are public policies that are designed to grow minority- and women-owned businesses, and unless this issue is resolved, they can no longer afford or even get general liability insurance because of 240 Scaffold Law reform.”

How can a centuries-old law be changed to address a modern-day New York City?

“A very simple change is needed and that is simply allowing the culpable conduct of the plaintiff to be held against him,” said David Hurwitz, a partner in law firm Hurtwitz and Fine. “Scaffold Law is an absolute liability statute, meaning the accident can be 99 percent the plaintiff’s own fault and whatever fault the plaintiff has in causing his own accident or injury is immaterial.”

“I don’t think that the parties that are calling for change can match the political strength of the parties who oppose change under any set of circumstances,” Coletti said. “I’m not very optimistic, but it doesn’t mean that we aren’t going to continue to fight. Insurance companies continue to leave the state, and those that remain continue to increase their costs and so the cost of construction also increases.”