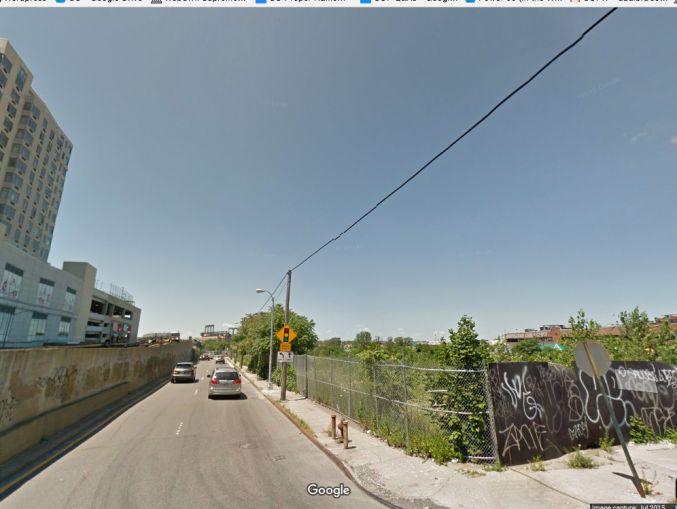 “Large land acquisition loans are very difficult to close in the current market environment. However, given our broad base of lender relationships in this space and our client’s strong reputation in the market, we had several competing offers,” Betesh said via a spokeswoman. “Chris Xu has a great eye for value and a creative vision for the site. We’re excited to see it finally get developed.”

While the details of Xu’s plans for the site were not immediately clear (a representative for the company did not respond to a call for comment), the parcel sits on the waterfront and is comprised of 780,446 buildable square feet.

A group of Brooklyn-based investors led by Chaim Babad’s Babad Management (through the entity ABS Flushing Development LLC) bought the site for $26 million in June 2006, city records show. After being unable to secure financing for the giant mixed-use development, the investors had been looking to sell the long-vacant site as of earlier this year, The Real Deal reported in March. At the time, sources told the publication that the property—which sits adjacent to Sky View Parc and The Shops at SkyView Center—could fetch up to $120 million.

“Flushing Queens is a fast-growing and dynamic corner of the New York market,” said Stuart Silberberg, a managing director at ACORE’s New York City office, who originated the loan. “We are thrilled to be lending to one of the area’s best developers on a site that will transform the waterfront and connect it to the downtown.”

On the other side of Queens, Xu’s company has filed New York City Department of Buildings plans for a 79-story, 774-unit residential building at 23-15 44th Drive in Long Island City. In July 2015, Ladder Capital provided a $104 million acquisition loan for Xu’s $143 million buy of that nine-parcel site, which C&W’s Betesh also brokered, CO reported at the time.

A representative for Babad did not immediately respond to a request for comment.