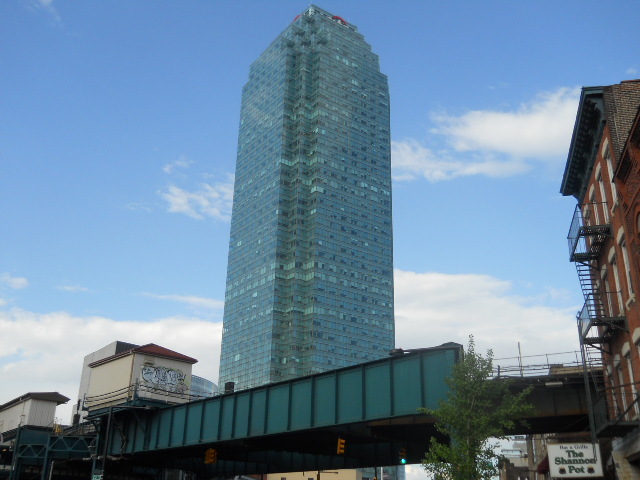 Ladder Capital provided the borrower, Jia Shu Xu of C&G Empire Realty, with the 18-month, non-recourse loan to acquire the site from Citigroup, according to the brokerage firm. Mr. Xu purchased the site for $143 million in late June, public records show, bringing the loan-to-value ratio to 72.7 percent.

“After a competitive bidding process the seller selected our client because of his ability to close quickly and his ability to line up all the capital in advance of signing of the contract,” said Morris Betesh, a managing director at C&W. It took Mr. Betesh five weeks to close the deal, he said.

Mr. Xu is currently working with architects to draft a plan for the 780,000-square-foot property located on 23rd Street between 44th Drive and 44th Road, north of One Court Square. It is currently zoned for residential, office, retail and hotel use.

The Flushing-based developer owns a number of condominium properties in Flushing and Corona, as well as two hotels near LaGuardia Airport—the Fairfield Inn on College Point Boulevard and the SpringHill Suites on Northern Boulevard, according to published reports. Just last year, Mr. Xu purchased a $22 million site on the corner of Guy R. Brewer Boulevard and Archer Avenue in Jamaica, Queens.

“In this direct submarket there are about 20,000 units planned or coming online over the next three to five years, and over the last five years about 8,000 units have been delivered,” said Mr. Betesh, who joined C&W through its acquisition of Massey Knakal last year.

“In total that’s about 28,000 units which will add at least 60,000 new residents to the neighborhood and given [Long Island City’s] ease of transportation, it is probably the perfect place to have that growth,” he added.

Representatives Mr. Xu did not return requests for comment by press time. A Ladder Capital spokesman declined to comment.