WeWork Emerges at 2 Herald Square Amidst a Battle Between Brothers 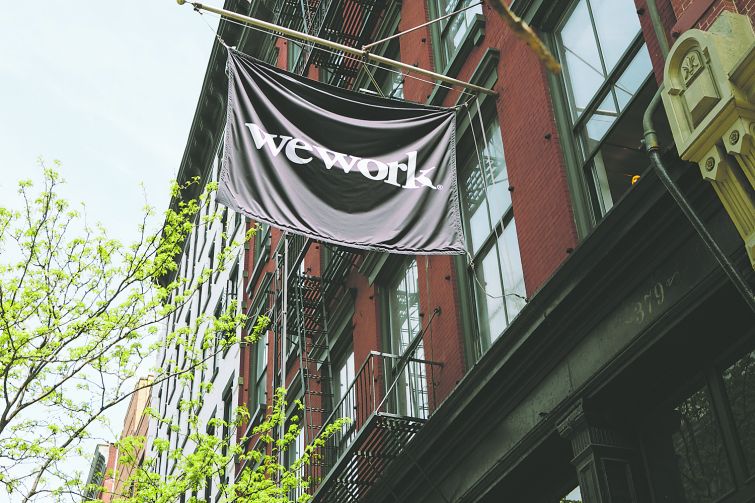 WeWork is in the process of signing a 122,000-square-foot-lease at 2 Herald Square between West 34th and West 35 Streets, as the siblings who own the building have duked it out in court.

The lease exposes a long standing legal battle within the Sitt family, the landlords of this 362,191-square-foot building. In November 2014, Jack Sitt filed a case against Sitt Asset Management and his brother Ralph Sitt accusing him of “usurping control over (the) Sitt family real estate business and freezing him out,” according to court documents. Jack Sitt alleged that his brother didn’t give him necessary information to operate the business and that he was even denied access to his office. He even said that his brother sold properties or took loans for properties in which he had a stake or interest.

One of the properties in question was 2 Herald Square, for which Ralph Sitt had taken a $30 million loan from Paramount Group, his brother said at the time.

WeWork’s 18-year lease is for part of the ground floor, the eighth floor, 11th floor and entire penthouse, according to the emergency application filed this October by Stephen Meister, Ralph Sitt’s attorney, urging the court to let him take steps to close this deal.

The same document stated that 2 Herald Square was operating at a loss of approximately $2 million a month because of its vacancies and may risk foreclosure if it can’t pay back its $250 million mortgage loan in spring 2017.

Asking rent in the deal was not immediately available, but a September 2014 letter to investors said that H&M’s blended rent in the building at the time was $150 per square feet, which was “clearly under the market rent,” according to the letter. The deal with WeWork, however, is being discussed at market rate, Meister’s application stated.

The coworking giant was represented by Derrick Ades and Barry Finkelman of CBRE, according to The Real Deal, which first reported news of the lease. The landlord was represented by Bruce Mosler, Harry Blair, Sean Kearns and Mikael Nahmias of Cushman & Wakefield. The brokers declined to comment.

WeWork has listed 32 New York City offices on its website, generally concentrated from the midtown to downtown area. Earlier this month it signed a 66,000-square-foot lease at Hell’s Kitchen, CO reported. A spokesman with WeWork confirmed that the six-year old company will be taking the lease, but declined to comment on it.