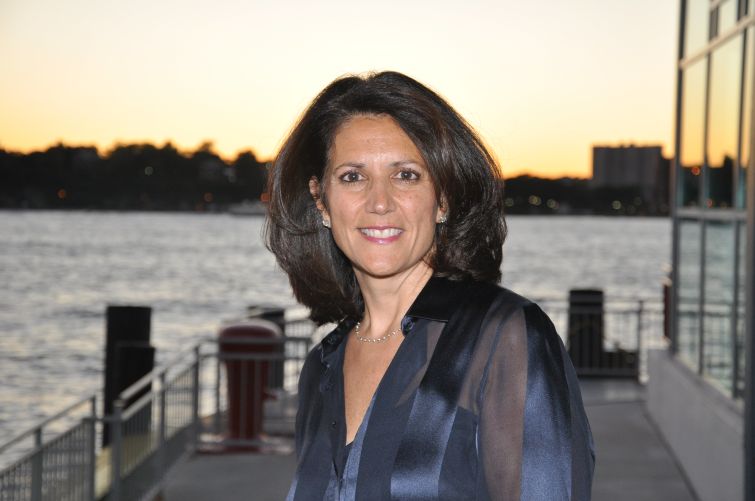 RXR Realty has hired Joanne Minieri, the former president and chief operating officer of Forest City Ratner Companies, as the new executive vice president and COO of its construction and development arm, Commercial Observer has learned.

Minieri, 56, a three-decade industry veteran, was tapped to oversee RXR’s 100-plus-person construction team in its completion various large-scale developments in New York City and the surrounding areas. She began the new job on Oct. 4.

“She brings to our team both a stellar reputation and a wealth of experience from both the private and public sectors,” Scott Rechler, the chairman and chief executive officer of RXR, said in a prepared statement. “Joining us at a time when our development pipeline has grown to more than $3 billion, including nearly 3,000 residential units in or near production, Joanne has a background and set of skills that will ensure that we continue to execute on our business plans effectively.”

Before joining Long Island-based RXR, Minieri was the commissioner of economic development and planning in Suffolk County. There she was focused on attracting and retaining businesses, preserving land, expanding affordable housing and promoting the growth of transit-oriented development.

It was a $178,000-a-year job, which she held for four years until July 2016, according to a Newsday article about her departure. She chose to leave the public job because she wanted to rejoin the private sector, although she said she had nothing definitive lined up at the time.

“I had a plan for myself and my plan was to work in Suffolk County for a period of time, but it was my decision to leave,” Minieri told CO. “I wanted to go back into the private world. I like pioneering ideas and creating communities.”

Upon learning of the departure, Michael Maturo, the president and chief financial officer of RXR, reached out to gauge Mineri’s interest in joining the company.

“It really fit very nicely into what I wanted to do,” Minieri said. “When you are overseeing various developments that are potentially opening, there’s a lot of reporting back and assessing risk, and all of those dynamic responsibilities I have experience in. Basically, my experience and expertise fit very well into what they need.”

Minieri has more than 34 years of overseeing a myriad of real estate projects and transactions in New York. Minieri worked for Brooklyn-based Forest City Ratner Companies for the 17 years ending in 2012. At the development company, which is a subsidiary of Forest City Enterprises, she oversaw the pre-development of the Atlantic Yards project in Brooklyn, which is now called Pacific Park. The 8-million-square development includes a park, luxury and affordable housing and the Barclays Center.

With RXR, she will work on projects such as the $360 million revitalization of the 630,000-square-foot 75 Rockefeller Plaza, the $350 million gut renovation and expansion of Pier 57, and the $115 million office conversion of a former industrial building near the Brooklyn Navy Yard at 47 Hall Street in Brooklyn.

“What I most like about RXR and this opportunity is they are really able to see trends before they hit the market,” Minieri said. “I really love their mission and I love the types of development that they have targeted.”

Minieri, a native of the Bensonhurst section of Brooklyn, has a bachelor’s degree in  business administration from Hofstra University. She is also a certified public accountant, who worked for 13 years after college with real estate accounting firm Kenneth Leventhal & Company, which merged with Ernst & Young in 1995. (Maturo also worked at Kenneth Leventhal & Company). Minieri currently lives with her partner in the West Village.