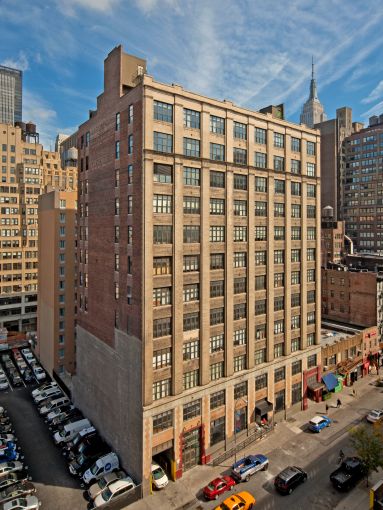 The 12-story, Class A office building, also known as The Caxton Building, is located between Seventh and Eighth Avenues and recently underwent $4.2 million in capital improvements, according to the building’s website. Lexin Capital purchases the property in March 2014 for $81.5 million, city records show.

JLL’s Aaron Appel and Jonathan Schwartz led the transaction. “This asset boasts a premier location in Chelsea, one of the most sought after creative submarkets in the entire New York metropolitan area,” Appel said. “Thanks to its high ceilings and tremendous exposure to light, 229 West 28th Street fits perfectly into the creative office space coveted by tech and media tenants.”

Schwartz added, “With diverse tenancy in place, this refinancing positions an experienced sponsor to continue delivering the tremendous workspace that tenants have come to expect.”

As previously reported by COF, Aareal provided a $100.5 million senior loan to Sam Chang’s McSam Hotel Group in August for the acquisition of two Club Quarters hotels in Midtown.

Officials at Aareal and Lexin Capital could not immediately be reached for comment.