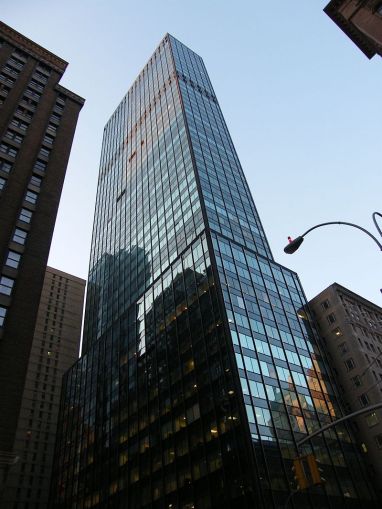 Executives at Vornado Realty Trust talked investors through the tax-free spin-off of its Washington, D.C. business and merger with the JBG Companies on the real estate investment trust’s third quarter earnings call today.

Vornado Chairman Steven Roth said he weighed his options for the D.C. portfolio, but ultimately “selling wasn’t an option, I didn’t want to sell at the bottom. A tax-free spin off was the best solution, and combining it with JBG? A blockbuster.”

As previously reported by Commercial Observer, Vornado’s D.C. portfolio was hit hard by the departure of several government agency tenants following Base Realignment and Closure Commission changes in 2011. “Our flagship New York business powered through, but our stock price suffered,” Roth said.

Vornado’s Washington business is currently known as Vornado/Charles E. Smith and will join with the operating company and select assets of JBG to form a new publicly traded REIT under the moniker JBG SMITH Properties, led by JBG’s senior team.

The combined portfolio will comprise 50 office properties, totaling roughly 11.8 million square feet, 18 multifamily properties with 4,451 residential units, and 11 other properties. Assets are located in submarkets within the Washington, D.C., area such as Crystal City, Pentagon City, the Rosslyn-Ballston Corridor and Bethesda. “We’re excited about Crystal City,” Matt Kelly, a managing partner at JBG, said on the call.

When the merger is complete, three REITS will exist under the Vornado umbrella—split by region and focus. Vornado Realty Trust will concentrate solely on New York City and invest in trophy assets and high street retail, JBG SMITH Properties will be a mixed-use operator concentrated on the Washington, D.C. area only and Urban Edge Properties will be focused on Northeastern shopping center investments.

Referring to the geographic separation of Vornado Realty Trust versus JBG SMITH Properties, Roth said: “ You have two highly focused pure plays with their own stock price. Investors are free to invest in New York or D.C. as they choose—there’s no bundling here.”

Roth gushed about the D.C. spin-off, saying that he “will be Matt Kelly’s biggest cheerleader,” in the endeavor, as well as referring to Mitchell Schear, the head of Vornado’s Washington division as “a prince among men.”