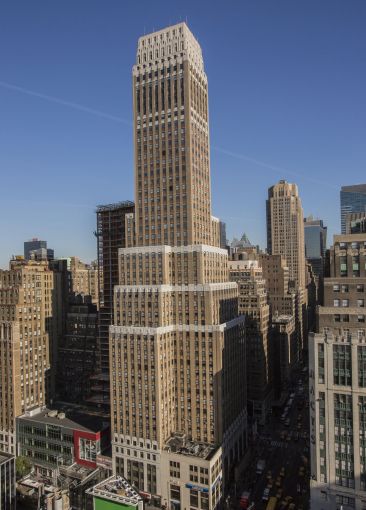 The company, which is a subsidiary of Chinese real estate developer Gemdale Corporation, will occupy the entire 30th floor of the 46-story building between West 34th and West 35th Streets, which is also known as the Nelson Tower. The asking rent in the 10-year deal was in the mid-$60s per square foot, according to a spokeswoman for landlord Kaufman Organization.

Gemdale is leaving 7 World Trade Center, where it occupies part of the 46th floor, and expects to move into its new digs by the end of the year. Its new space features two private roof decks.

The building is undergoing a $20 million capital upgrade including a revamping of all of the corridors, the lobby and the elevator cabs.

“The improvements made by Kaufman have been a key factor in our continued leasing success and with the property’s prime location in the Garment District, we are confident the building will continue to attract a high quality mix of tenants,” Kaufman President Steve Kaufman, who represented the landlord in-house, said in prepared remarks.