With Foray Into Manhattan, Pilates Studio Picks Up the Pace 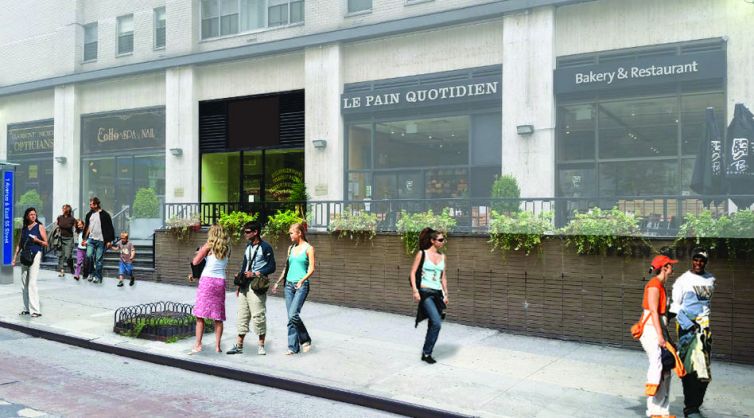 The woman behind popular Core Pilates Studios is bringing an intense pilates style to Manhattan, Commercial Observer has learned. At the new Midtown East pilates studio called CP Burn, the classes will “be a little more interesting to people who are looking for a little more of the fitness side of the pilates studio,” said proprietor Tamara Slupchynskyj. CP Burn “will incorporate music in the classes [and it will be] a little faster paced than traditional pilates classes.” The studio will also have reformer and tower classes.

Slupchynskyj launched Core Pilates Studios in Rye, N.Y. seven years ago and eventually opened locations in Greenwich and old Greenwich, both in Connecticut.

Now, Slupchynskyj has signed a lease for 1,400 square feet at the base of 1010 First Avenue between East 55th and East 56th Streets (also with an address of 401 East 55th Street), in the same building as Le Pain Quotidien and New York Kids Club, the latter which CO reported on in April. The lease is for 15 years and had an asking rent of $125 per square foot, according to Joseph Isa of Isa Realty Group, who brokered the deal for the co-op board and the tenant along with colleague Louis Franco.

Slupchynskyj said she has tapped her 22-year-old son, Evan Shelton, a recent college graduate, “to run the studio and he’s going to make sure this one gets off the ground.”

If all goes well in the Midtown East location, Slupchynskyj hopes to open two or three more CP Burn studios in Manhattan next year. The new location will be open by Jan. 1, if not Dec. 1, the owner said.

Isa said the location is good “especially as the neighborhood is skewing younger.”

Franco added: “It’s a great residential neighborhood and for them I think they’re going to feed off of the new residential tenants in the building as well as the new retail tenants.”