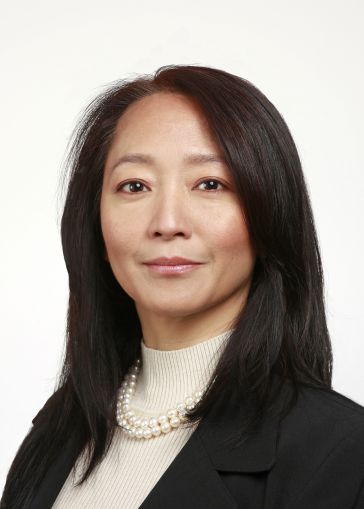 Fried Frank’s Julian Chung has worked on some of the biggest real estate finance transactions in New York City since she joined the law firm, including SL Green Realty Corp.’s $2.6 billion buy of 11 Madison Avenue. She sat with Commercial Observer in Fried Frank’s One Penn Plaza office in the Financial District and shed some light on that mega-deal, as well as some of the trends she’s seeing in the securitization space.

Commercial Observer: What was your path to commercial real estate finance?

Chung: I grew up in Hawaii and moved to New York to go to college at New York University and then to Benjamin N. Cardozo School of Law. I’m not one of those people who knew that I wanted to do real estate finance from the beginning. I started out in the finance practice at [law firm] Simpson Thacher & Bartlett and began gravitating towards real estate clients because they were they most interesting to me. They were a lot of fun, very colorful. In the mid-2000s, when real estate was really taking off, I did a number of financings for large portfolio acquisitions, and that’s when I really started to have the emphasis on real estate finance. I’ve been with Fried Frank for about 18 months now, and it’s been wonderful.

What is your most common client type or transaction?

My most common client type is banks, but my first few transactions here were on the borrower side, particularly for SL Green, which is one of the firm’s biggest clients. There is no “typical transaction,” as there are so many different types of financings. I do a lot of acquisitions—portfolio as well as single-asset acquisitions. I do straight forward real estate financing as well as cash flow lending. We have a very broad practice and a very broad range of clients, but the bulk of my work tends to be on the lender side.

You worked on SL Green’s $2.6 billion acquisition of 11 Madison Avenue [the largest single-building transaction in New York City history], how was that experience for you?

That deal was a career highlight for me. SL Green is a great client, and it was my first big deal at Fried Frank. It was one of the first deals at Fried Frank where I worked across practices and with various partners, and everyone was incredibly supportive. There were many complex issues that we had to take into consideration in the financing. In addition, we had to collaborate closely with other law firms handling the acquisition. I’ve been practicing for over 20 years, and there are a few transactions that really stand out for me. For example, I represented the U.S. Treasury on the General Motors and Chrysler bankruptcies. Experiences like those are few and far between, and I’d put 11 Madison right up there.

What’s the biggest change you’ve seen in the industry since you began practicing?

The biggest change in the industry is increased regulation. Then, in terms of the asset size, the assets are getting bigger and the ownership structures are becoming far more complicated. The biggest complexities tend to be on the sponsor side—because the prices of the marquee properties are larger, it’s very difficult for single investors to acquire a big property, and so they need to form a joint venture.

What trends are you seeing?

We see a lot of construction and development in New York, Miami, San Francisco and L.A. We’re doing a number of financings for lender clients in those areas, and we’re also seeing a good deal of refinancings ahead of the Dec. 24 risk retention compliance deadline. Also, with the current low-interest-rate environment and the threat of the increased interest rates, people are trying to refinance as quickly as possible. Another factor that we think is influencing the refinancing market is the 10-year papers coming due in CMBS. Lastly, in New York City we’re doing a lot of financing work around Hudson Yards and Manhattan West, and we’re beginning to see an interesting trend in renovation to rentals.

I understand that you’ve been busy with the change of control process for securitized loans.

Yes. It’s very difficult for single investors to invest in expensive properties on an individual basis, so you might see a couple of sponsors in a joint venture. So, the difficulty we have with securitized transactions is that you’re working with a servicer that was not a party to the original negotiations, and that servicer has to read the loan agreements in a way that is strictly most favorable to the lenders. So, when you’re entering into these financings you have to really be cognizant of what your borrower clients’ strategies are in the long term and, if they intend to do a transfer, that the path is very clear and manageable.

The other thing to keep in mind is that every rating agency that rates the applicable security that contains your asset has to also give rating agency approval over the transfer. And, because of regulations, there’s no specified time period for that process. There is no direct contact between the servicer and the borrower and the rating agency, and the rating agency isn’t obligated to begin its review or finish its review within a prescribed period of time. So these tend to be lengthy processes where unfortunately the parties don’t have any control.

What deals are being viewed favorably by lenders right now?

The same deals that lenders have viewed favorably for a while—so, well-known sponsors that are well capitalized and have a lot of assets that are known in the market, stabilized buildings with 50 percent LTV. Those are the deals that will go through quickly. There is still a conservative view of assets that are not fully stabilized and development assets that don’t have solid sponsorship. These assets tend to be more challenged in this environment.

Do you see more private lenders filling this gap?

We have seen a slight increase in activity from private lenders as opposed to banks, but they too are careful with their investments. I think, quite frankly, that the election is scaring most people in the economy. People aren’t sure whether or not they want to invest and so at this point are thinking they may as well just wait it out until November and see what happens. You could take the risk now, but if the election goes in a way that jeopardizes the economy at large you don’t want to be at risk.

I would say I’m cautiously optimistic about next year. We’d like to see a continued growth in asset acquisitions—it’s a matter of where are the opportunities and what are the opportunity costs. I think it’s also going to depend on where interest rates are next year, and another factor will be the risk retention rules. In particular, the 5 percent hold requirement where you have complicated financings with multiple levels in the capital stack—where is that 5 percent supposed to be held? Is it supposed to be held in the first loss piece, or is it supposed to be held in a vertical slice across the stack? I think people will be tiptoeing into 2017 after the implementation of the compliance deadline.