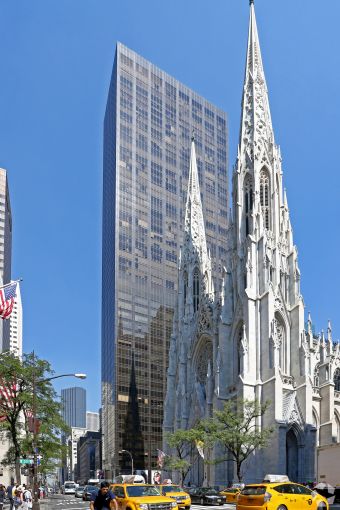 While Major League Baseball might be moving its offices west in Manhattan, the National Basketball Association has decided to stay put at its longtime Fifth Avenue home.

The league has slam-dunked an extension at 645 Fifth Avenue that keeps its headquarters at the building, also known as Olympic Tower, through 2035, according to a press release from landlords Oxford Properties Group and Crown Acquisitions.

The NBA occupies 175,000 square feet at the 419,000-square-foot tower between East 51st and East 52nd Streets, according to the release. It has been based at the building for a few decades, CoStar Group indicates, and leases the 13th through 20th floors. Asking rent in the deal was not immediately available.

The league last renewed in 2009, signing a 10-year deal that kept it at the building into 2020, as Crain’s New York Business reported at the time.

Signing the NBA through the mid-2030s comes as the landlords plan to renovate the lobby and public spaces at the 40-year-old building, originally built in a joint venture led by shipping magnate Aristotle Onassis.

“The NBA is an exceptional organization, and their decision to renew their lease at Olympic Tower for the long term underlines the quality and appeal of the building, and reinforces the reasons we have committed to a significant investment in the lobby and in our customer service platform,” Andrew Trickett, a senior vice president of Oxford, said in prepared remarks.

Adam Frazier represented Oxford in-house along with Paul Amrich, Howard Fiddle, Neil King and Patrice Meagher of CBRE, while their colleagues Mary Ann Tighe, Gregory Tosko, Andrew Sussman and Munish Viralam represented the NBA. The tenant’s brokers did not immediately return a request for comment via a spokeswoman.