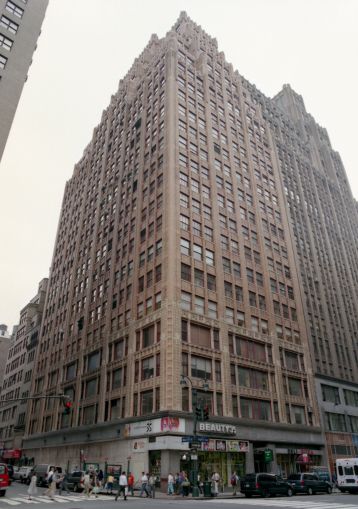 It was just the right time for In Record Time to find new offices.

In Record Time will occupy a part of the sixth floor of the 25-story building, which is located on the corner of West 35th Street and Eighth Avenue. The asking rent for the 10-year deal was $45 per square foot.

The company is moving on Dec. 1 from 575 Eighth Avenue between West 38th and West 39th Streets, where it occupies a slightly larger 5,411-square-foot space, but wanted a “new, fresh and updated space,” according to a spokeswoman.

“This is a well-located property in the heart of the Garment District and offered everything the tenant was looking for,” Allen Gurevich, a senior managing director of Newmark Holdings who represented the landlord in-house, said in prepared remarks. “In addition, ownership has already committed to providing a new installation for the tenant’s showroom and office.”

The 275,000-square-foot building was constructed in 1926. It has 24/7 access and an attended lobby. Newmark Grubb Knight Frank’s Chris Mongeluzo and Corey Borg represented the tenant, but the brokers did not immediately respond to a request for comment via a spokeswoman.