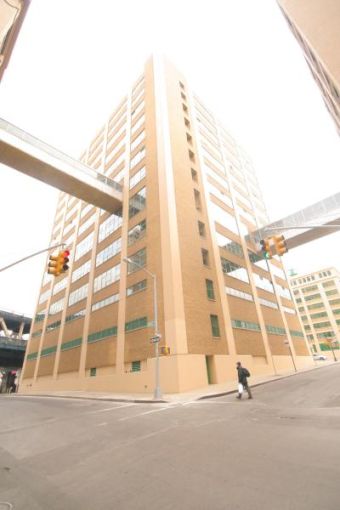 Marketing and branding agency B-Reel, with clients like Google, Facebook and Nike, has signed a 13,500-square-foot deal at Kushner Companies, LIVWRK and RFR Realty’s Dumbo Heights office complex in the Dumbo section of Brooklyn.

The company will occupy a portion of the 12th floor of 77 Sands Street between Pearl and Jay Streets with the 10-year deal. B-Reel is leaving its Lower Manhattan offices at 401 Broadway between Walker and Lispenard Streets. It is planning to move in mid-January 2017.

“We’re continuing to see that cutting-edge creative tenants are leaving Manhattan for Dumbo Heights because the vibe and physical space on our campus—both in the buildings and on the street—are exactly what they and their employees are looking for,” Daniel Bodner, the vice president of leasing at Kushner Companies, said in a statement. (Kushner Companies Chief Executive Officer Jared Kushner is the publisher of Commercial Observer.)

B-Reel, which has offices in Los Angeles, Stockholm, London, Barcelona and Berlin, compared its new Dumbo home to a community-oriented neighborhood in Europe.

“Dumbo Heights feels like it’s been built around the concept of community,” Andy Williams, the managing director of B-Reel’s New York City office, said in a prepared statement. “Community is very important to us. Looking out over Dumbo, it could be mistaken for a European city with the waterways, ferries, parks, bike paths, artisans and convenient transit. It will be a refreshing change of environment from the intensity of Manhattan.”