Arts Organization Relocating From Astoria to Base of LIC Resi Building 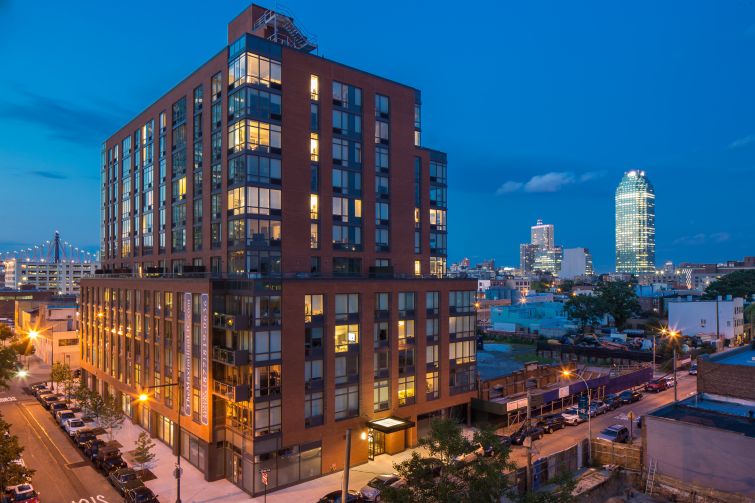 Queens Council on the Arts, a nonprofit organization established in 1966 to support individual artists and arts organizations, has signed a lease to occupy the roughly 5,000-square-foot community facility space at The Maximilian, a residential rental building in Long Island City, Queens, Commercial Observer has learned.

QCA will soon be at the base of the 188-unit building, which has market-rate studios, one- and two-bedroom apartments starting at $2,500 per month, according to a press release provided by O’Connor Capital Partners to CO. The organization will join Queens bakery Cannel Patisserie at 5-11 47th Avenue, and plans to utilize the location for gallery, event and office space, as well as for artists’ studios. Its relocation to LIC from 37-11 35th Avenue in Astoria is pending the finalization of funding from state and municipal organizations.

“The QCA has played a key role in directing city, state, federal and private funds to emerging artists and organizations, and their commitment to establish their presence at the Maximilian will elevate the property’s position in the market,” William Q. O’Connor, the president and chief executive officer of O’Connor Capital Partners, said in prepared remarks.

O’Connor Capital Partners developed the property as a joint venture with Rose Associates, with QCA planned as the intended user of the community facility space. The building was completed in April 2014. Six months later the retail component opened.

There were no brokers involved in the 10-year deal. A spokesman for O’Connor Capital Partners declined to provide the asking rent.

“This new space provides the optimum environment to support our mission to serve the artistic community, and enhance the cultural climate of the borough,” said Hoong Yee Krakauer, the executive director of the QCA, in a statement. “There will be rotating art installations just outside our facility space, and our location adjacent to The Graduate Center of the City University of New York will provide enormous synergy as a center for arts and education.”

In July 2015, The Graduate Center of the City University of New York acquired a vacant lot at 5-17 47th Avenue from O’Connor Capital Partners for $22.5 million, according to property records. The school is building graduate student and faculty housing on the site.

QNS reported in February when O’Connor Capital Partners issued a letter of intent to QCA to become the anchor tenant.