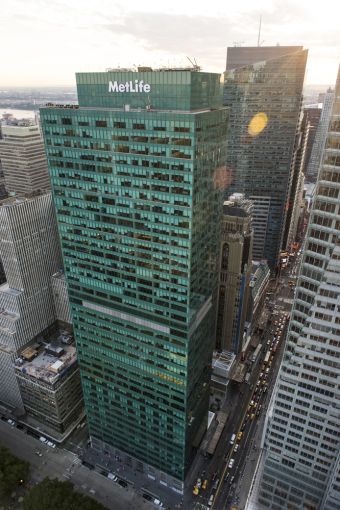 U.S. Bank has signed a 68,000-square-foot sublease with MetLife to move its headquarters to Ivanhoé Cambridge and Callahan Capital Properties’ 3 Bryant Park.

The bank will occupy multiple floors of the 41-story tower located at 1095 Avenue of the Americas between West 41st and West 42nd Streets, according to Cushman & Wakefield—the sole brokerage on the transaction. It is moving from nearby 461 Fifth Avenue between East 40th and East 41st Streets. It was not immediately clear what floors U.S. Bank will be on and when it will occupy the space.

“We are pleased that we will be relocating to a larger space in such a premier location,” Leslie Godridge, a vice chair and co-head of U.S. Bank’s wholesale banking division, said in a press release. “This new office will provide our employees with an enhanced work environment that will support the continued growth of our business.”

U.S. Bank’s sublease will run until 2029 when MetLife’s lease runs out, according to The Wall Street Journal, which first reported news of the deal. MetLife meanwhile is relocating early next year to 200 Park Avenue, where it signed a deal for 500,000 square feet, as Commercial Observer previously reported.

Ivanhoé and Callahan acquired the 1.3-million-square-foot tower in January 2015 for $2.2 billion, Ivanhoé announced at the time.