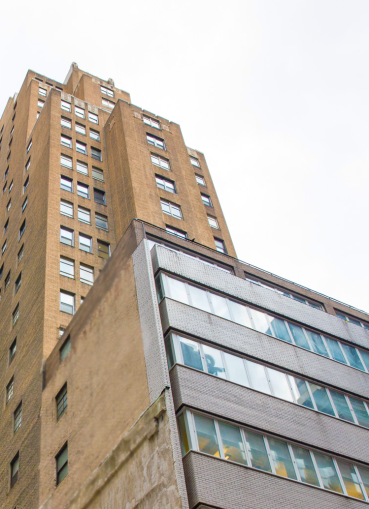 The company will occupy the entire sixth and seventh floors of the 211,000-square-foot building between Second and Third Avenues, for which a joint venture of Clarion Partners and Alchemy-ABR Investment Partners owns the leasehold. The asking rent in the 15-year transaction was $58 per square foot, according to tenant broker Skylight Leasing. And TKO is hoping to assume the space by the end of the annum.

“TKO is an office suite provider and location and quality of the building were of utmost importance,” Elie Reiss of Skylight Leasing, who represented TKO, told CO. “211 East 43rd Street was extraordinarily well-situated on both those fronts.” (Disclosure: Reiss is married to CO Executive Director Robyn Reiss.)

TKO also has locations at 353 West  48th Street between Eighth and Ninth Avenues and 42 Broadway between Morris Street and Exchange Place.

The 24-story building at 211 East 43rd Street has a vacancy rate of 10 percent following the TKO Office Suite deal and four smaller recent leases, according to a spokesman for Avison Young, which has been the building’s exclusive leasing broker and manager since September 2015. That was when Alchemy-ABR and Clarion purchased the structure’s leasehold for $98.8 million from Meadow Partners, according to property records. Solil Management, the company that manages the estate of the late Sol Goldman, owns the land.

“The building’s strong institutional ownership, exceptional location and amenities continue to attract high-caliber regional tenants as evidenced by these five recent deals, and we anticipate continued interest in the near future,” said John Ryan III, a principal at Avison Young, in prepared remarks.

Ryan and Avison Young’s A. Mitti Liebersohn, Anthony LoPresti and Henry Fuentes represented the landlords in all five transaction.