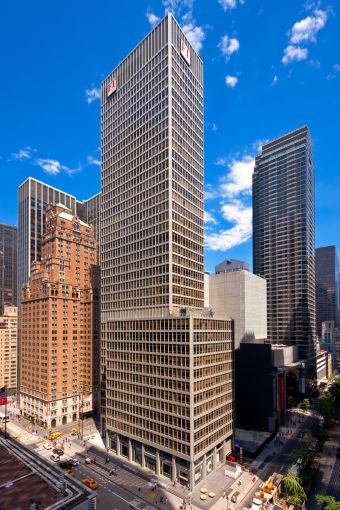 Streaming service fuboTV has inked a 10-year, 10,000-square-foot deal for space at RXR Realty’s 1330 Avenue of the Americas in Midtown, Commercial Observer has learned.

The company, which hosts live soccer matches, is taking part of the seventh floor of the 534,000-square-foot tower between West 53rd and West 54th Streets. Asking rent in the building ranges from $75 per square foot to as much as $125 per square foot, according to a spokesman for the landlord.

FuboTV is moving in early next year from its current offices at SL Green Realty Corp.’s 304 Park Avenue South between East 22nd and East 23rd Streets in NoMad. The new space will be about five times larger than its current offices. FuboTV needs the extra space because it plans to hire more employees as it has been growing, according to a spokesman for the company. In the second quarter of 2016, fuboTV added 24,000 subscribers, surpassing 71,000 total customers, representing a 302 percent increase year-over-year.

“To meet the needs that come with this success, fuboTV is planning to double its staff by the end of the year, adding new engineering, design and marketing talent,”fuboTV Founder and Chief Executive Officer David Gandler said in a statement to CO. “[We are] outgrowing our current space, and we chose the new location due to our desire to be located in close proximity to other media companies in the heart of Midtown Manhattan.”

A CBRE team of Keith Caggiano, Roshan Shah and Gary Davies represented fuboTV in the transaction. The brokers declined to comment via a spokeswoman. And a C&W team of Tara Stacom, Bruce Mosler, Mikael Nahmias, Peter Trivelas, Michael Biraldi and Heather Thomas represented the landlord along with Lauren Ferrentino and Alexandra Budd from RXR.

“We have seen a lot of interest and activity at 1330 Avenue of the Americas, as potential tenants realize it is one of the most prominent and best-located high-end, boutique office buildings in New York City,” William Elder, an executive vice president and managing director at RXR, said in prepared remarks.