Is the South Bronx Poised to Be the Next Big Office Market? 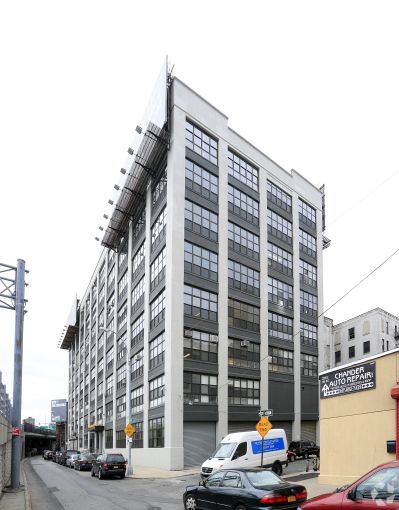 So you’re an investor looking for the next up-and-coming New York City office neighborhood…something close to Manhattan. Brooklyn’s waterfront hasn’t had an entry point for years, and Long Island City in Queens looks like a mirror image of Manhattan with tall glassy residential skyscrapers, which means it’s a little late to break in now, as prices have soared.

It’s natural that investors should turn to the South Bronx—home to neighborhoods like Mott Haven and Port Morris—to convert warehouse and industrial buildings into loft office spaces.

“The first thing is Mott Haven, Port Morris, they are just one or two stops into the Bronx just like Dumbo—and that’s attractive [for] Manhattan developers,” Justin Fitzsimmons, a research marketing analyst at GFI Realty Services, told Commercial Observer. “I think developers are seeing what happened in Brooklyn and say, ‘why not take it north?’ The proximity to Manhattan is good—25 to 20 minutes to Midtown. And there is a lot of money coming for big [residential developments].”

While it’s a far cry from an office district, a few notable office-conversion projects have been announced or are under construction by large and midsize developers.

Starting near the Third Avenue Bridge, developer Jorge Madruga’s Maddd Equities is working on a $25 million renovation of the former Ruppert Ice House at 20 Bruckner Boulevard, which was known until earlier this year for having a History Channel billboard on its roof. The four-story building between Lincoln and Alexander Avenues—a former ice-making factory—has 181,500 square feet and is slated to become office spaces and production studios. Madruga didn’t return a request for comment.

On the other side of the bridge, Hornig Capital Partners and Savanna are putting the finishing touches on its $12 million revitalization plan of the 172,000-square-foot Bruckner Building at 2417 Third Avenue near East 134th Street. The partners purchased the eight-story building in March 2015 for $30.5 million and quickly started a renovation that included a new roof, façade, two new passenger elevators, a new lobby and upgrades to the electrical systems.

Savanna and Hornig are essentially making a $42 million bet (the cost to reposition the building) on the area.

“What we saw there was a neighbor that is very well connected through mass transportation, and there are a lot things happening in the area,” said Thomas Farrell, a managing director at Savanna. “And we had a building uniquely located at the center of all that stuff.”

The property has several 22,000-square-foot, full-floor spaces available for lease, as well as much smaller suites that start around 1,000 square feet. The landlords are hoping to put the building on the market in the fall with asking prices in the $25-to $30-per-square foot range.

Toward the western side of the Bronx waterfront, near the Robert F. Kennedy Bridge (formerly the Triborough Bridge), a partnership of Bluestone Group, Altmark Group and Princeton Holdings acquired a six-story, 84,650-square-foot former industrial building at 780 East 135th Street between East 134th and East 135th Streets in April for $14.1 million. The joint venture has plans to convert and expand it to a 110,000-square-foot property with artists’ lofts and creative office suites, as CO previously reported.

And two months after buying 780 East 135th Street, Bluestone and Altmark joined forces with Madison Realty Capital and Galil Management to pick up a seven-story industrial building less than half a mile away at 825 East 141st Street at the intersection of the Bruckner Expressway for $38.9 million. The 235,584-square-foot property will be converted for office use, but details have yet to be finalized.

“Since the announcement that the L train will be shutting down come 2019, we believe that Port Morris and Mott Haven will be an additional area that office tenants will place on their list when looking for space in the outer boroughs,” Barry Altmark, a partner at Altmark, said. “Tenants looking for office space in the Brooklyn and Queens waterfront markets can get similar quality space in our neighborhood at a much more attractive price point.”

There are a number of reasons why investors are jumping into the Bronx for office space, but it starts, of course, with the affordable prices and transit options. The 2, 4, 5, 6, B and D lines all run through the South Bronx, and while the average price per square foot for land in Manhattan is around $625 and $240 in Brooklyn, and $175 in Queens, according to a GFI report provided to CO, in the Bronx the average is hovering over $60 per square foot. (But the closer one gets to Manhattan, the higher that number becomes; in the South Bronx development properties are selling for around $165 to $175 per square foot.)

“It’s gritty and everyone likes gritty. It has reasonable transportation. It has the waterfront, which is interesting, and buildings that you could buy for under $200 per square foot,” said Steven Hornstock, a co-managing partner of ABS Partners Real Estate, which owns property in the Bronx. “And there are so many people in the real estate business. Everyone can’t go to Brooklyn, right?”

But, this is not just starry-eyed developers who see the potential. Businesses have also picked up on this.

Close to the Robert F. Kennedy Bridge, online grocery delivery company FreshDirect is completing its new headquarters, after it sold and relocated from its Long Island City home. The company’s spanking new 800,000-square-foot warehouse and distribution facility will also serve as its corporate headquarters for more than 600 office workers.

“The South Bronx is an area that we are extremely excited about,” Larry Scott Blackmon, a vice president at FreshDirect, said. “It brings direct access to transportation routes and public transportation. And given that we have 600 employees who commute to Long Island City from the Bronx [now], we know that it will expose us to a talent pool that’s already there. We are excited about the future.”

At 295 Locust Avenue between East 139th Street and East 140th Streets, Queens-based Silvercup Studios performed a $35 million conversion of a warehouse into a 115,000-square-foot complex for film and television productions. It was the company’s first expansion outside of Queens.

And this hunger for the Bronx has moved beyond just office space. In Concourse Village (just outside of the South Bronx), developer Youngwoo & Associates is converting the Bronx General Post Office at 588 Grand Concourse between East 149th and East 150th Streets to include ground-floor retail space, a small post office, office space and a rooftop restaurant.

Plus, Keith Rubenstein’s Somerset Partners closed on a 16,000-square-foot warehouse at 9 Bruckner Boulevard for $7.5 million in July, and plans to convert, and expand on the space, to create a Chelsea Market-like food hall called—aptly enough—the Bruckner Market. The project may also house a microbrewery, according to reports.

And many residential projects in the South Bronx are planned as well, including Somerset and The Chetrit Group’s six, 25-story towers. The partners purchased the lots along the Harlem River for a combined $58 million between November 2014 and January 2015 and have already filed plans with the New York City Department of Buildings for two of the six buildings, which will be comprised of 1,170 apartments. And CGS Developers has plans for a 25-story building with 465 market-rate residential units at nearby 198 East 135th Street.

In fact, the building boom of the Boogie Down has just begun, while other boroughs have been slumping since 2015.

Construction starts for residential and nonresidential projects in the Bronx grew to $739 million from January through June 2016 from $647 million in 2015 during the same period, according to Dodge Data & Analytics—an increase from $413 million in the first six months of 2014. Save for Staten Island, all of the other boroughs saw declines, contributing to a citywide drop to $13 billion from January through June 2016 in construction starts from $23.5 million through the first half of 2015.

Realizing the Bronx’s potential nearly two decades ago, BNS Real Estate purchased the 100,000-square-foot 26 Bruckner Boulevard in 1998 and acquired a 50-year leasehold for the 60,000-square-foot 14 Bruckner Boulevard in 2000. It converted both structures over the next few years and charged rents from $20 per square foot to $25 per square foot. BNS will tell you they were the “first” to do office conversions there.

“From an office point of view, it has been an area that has been close to up and coming for a couple of occasions, but the recession (2008) stopped it. [Meanwhile] in the last recession, Brooklyn rode right through it,” said Mark Brookes, a partner at BNS.

Rents have been slowly creeping up recently at the buildings, Brookes said, because of rising demand and an influx of money in the South Bronx. The buildings are both 95 percent occupied and have a mix of media, medical, construction and startup companies. While BNS didn’t see the transformation of the neighborhood it hoped for two decades ago, now they are optimistic.

“It’s looking very promising,” Brookes said. “Overall we are bullish about the neighborhood. We have been for many years.”

Savanna’s Farrell added, “That’s definitely the future. The question is, is it in the next two years, or is it in the next five years? We are moving, other folks are moving, but it takes the collective efforts for some more residential developments, office buildings to be converted and more restaurants to open. The pace of how long that takes to happen will dictate how this trend moves.”